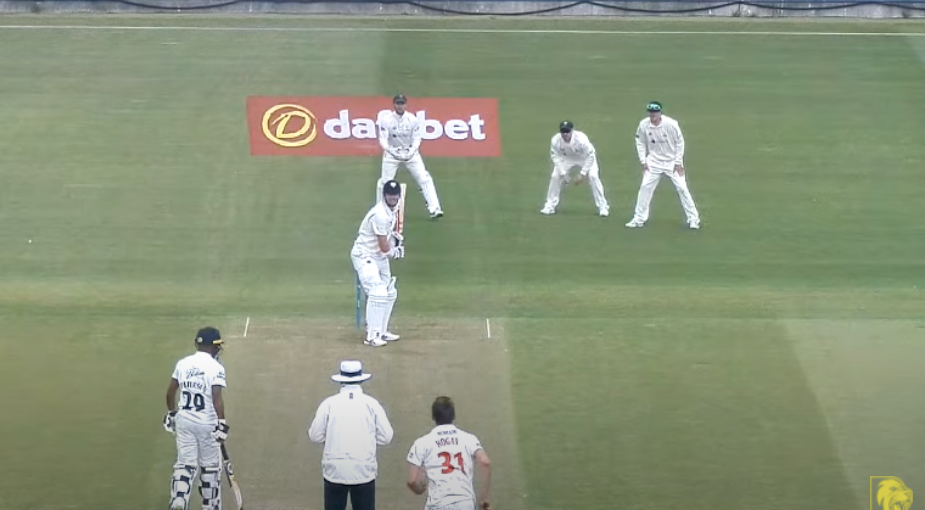 Durham and England opener Alex Lees turned heads by employing a creative batting stance against his side’s fixture with Glamorgan.

The 29-year-old Lees, who has two County Championship hundreds from his first three appearances in 2022, told Wisden.com in January that, in a bid to get outside the line of the off stump, he moves a foot outside the off stump and out of the crease while facing right-arm seamers bowling from around the wicket.

“For bowlers bowling around the wicket to me – not to everyone – I’ve batted a foot outside off stump and a foot outside my crease to get outside the line of off stump,” Lees told Wisden.com. “Or if it’s a pretty good wicket and all they’re trying to do is get you out lbw, I’ll move to middle or leg stump. That’s the sort of batsmanship or fluidity that I have that’s changed a little bit. Just having the fluidity in your game and being brave enough to do it.”

Hell of a guard by Alex Lees this morning. “Can I have corridor of uncertainty please, Mr Umpire?” pic.twitter.com/cwo7k5qWxM

Comparing The Records Of Every England Men's Test Captain This Century