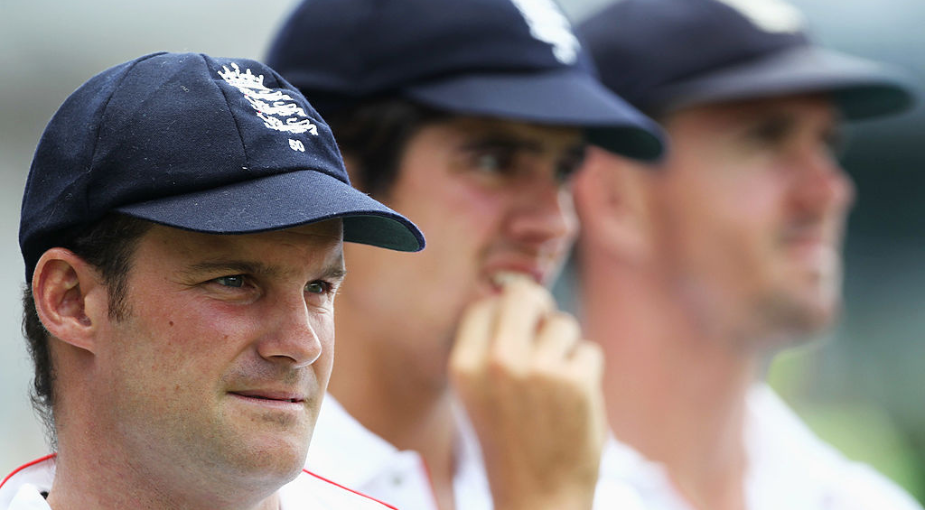 Ben Stokes is the new England Test captain, taking over the job from Joe Root.

Stokes becomes the seventh permanent occupant of the role this century – the narrative of this period has undoubtedly been one of rise and decline.

This century has seen a team rebuilt after a turbulent period in the late 1990s, the Ashes regained, and a side propelled to the pinnacle of the world in 2011. Yet, once you reach the top, the only way is down. Eleven years later they find themselves sitting in sixth position in the ICC Test Rankings with their lowest rating total in 27 years and propping up the table in the World Test Championship.

The varied records of England Test captains over these years certainly reinforces this narrative of rise and decline. Here’s how the six permanent captains so far have fared in the role.

Nasser Hussain oversaw the turn of the century as England captain. With a win percentage lower than the five permanent captains since, as well as a win to loss ratio of only 1.13, it would be easy to view his time as captain as one a difficult one. But that does not reveal the complexities that Hussain’s job entailed. Hussain inherited a team that had won only four Test series between 1992 and 1999. Hussain would go on to lead England to six series wins in his four-year tenure in charge, including four on the bounce from 2000 to 2001., In contrast to Hussain’s 1.13 win/loss ratio, no England captain in the 1990s boasted a number above 0.82. Michael Atherton, who captained England in 52 games between 1993 and 1998, could only achieve 0.68, only just over half of Hussain’s 1.13.

While Hussain’s numbers as England captain may not compare that well with others on this list, it is important to consider the position he found himself in. Taking on a struggling team, he dragged them from the despair of the 1990s and lay the foundations for one of England’s most successful teams in recent decades.

Hussain’s successor, Michael Vaughan, boasts a record that stands above the rest. Both his win/loss ratio and his win percentage are higher than any other captain this century. England not only regained the Ashes for the first time since 1986/1987 in the iconic 2005 series, but that triumph had also been preceded by England’s first series wins in the West Indies and South Africa since 1968 and 1965 respectively.

Yet, there is a slight caveat to this impressive record. Over 20 per cent of his Tests as captain came against a relatively weak West Indies side who lost 10 of their 11 Tests against England during Vaughan’s reign and that Vaughan never captained a Test in either Australia or India, two of the traditionally toughest places for England to tour.

Flintoff captained England in 11 Tests, skippering them in an away Ashes, a series away to India and one at home to Sri Lanka. The 1-1 series draw in India was a good result but his tenure is most memorable for England’s 5-0 defeat to Australia in the 2006/07 Ashes.

When Vaughan stepped down from the captaincy in the summer of 2008, it was announced that he would be succeeded by the mercurial Kevin Pietersen. Within six months a rift between him and head coach Peter Moores led to both of their departures. Pietersen left the role having only led the side in three Tests, with a win, a loss, and a draw to his name.

After Pietersen, the responsibility of Test captain fell to Andrew Strauss in January 2009. Under his leadership, England reached the apex of Test cricket in 2011. En route to reaching the top of the ICC Test Rankings, Strauss won back-to-back Ashes series, including a famous victory on Australian soil in 2010/11, drew with a strong South African side away from home, and whitewashed India in a four-match series at home. Strauss’ numbers as captain are unsurprisingly impressive..

Upon Strauss’ retirement in August 2012, Alastair Cook assumed the captaincy. He was not to have the same success. With many of the stars of one of England’s golden eras moving on, his 59 games in the role produced only two more wins than it did losses. With a win/loss ratio of 1.09, this was exactly half what it had been under Strauss. His win percentage betters only Hussain’s 38 per cent, ranking lower than those of Vaughan, Strauss, and Joe Root. However, his captaincy was certainly not a disaster, as he achieved some notable feats in his four and a half years in the job. He led England to back-to-back home Ashes triumphs, and along with Strauss is the only English captain since Mike Brearley to have claimed the coveted urn more than once. Moreover, his side’s win in India in 2012/13 was the first time that an England side had won a Test series in India since 1984/85.

Finally, we come to Joe Root. With the most games as England Test captain, he holds the record for both the most victories and the most defeats. Despite leading the side in three Ashes series, he has failed to win one. He boasts an undesirable aggregate of 0 victories to 9 defeats in Tests in Australia, and in the last five series before his resignation his side won a total of two matches out of 18.

Averaging only 29.04 runs per wicket, by far the lowest of any of our permanent captains discussed, the likelihood of games going the full distance were slim, even in games where England won. Nonetheless, while not excusing his unenviable record, Root’s opponents must be accounted for. His most common opponents as captain were Australia and India – the two highest-ranked teams in Test cricket – including 2 series away against each. While this does not mitigate his unattractive record as captain, it may go some way to explain its miserable extent.