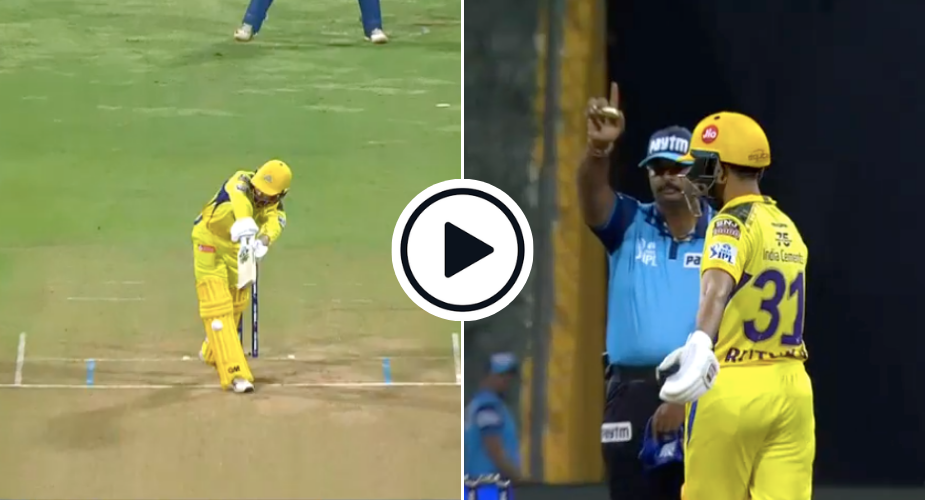 Watch: Devon Conway was dismissed in Chennai Super Kings’ fixture against Mumbai Indians after a questionable lbw call couldn’t be reviewed, following a power cut at the Wankhede Stadium that prevented the DRS system from being employed

The game got off to a glitchy start, with the toss being delayed for three minutes following a power cut at the stadium caused an issue with the floodlights. Captains MS Dhoni and Rohit Sharma were seen having a chat with the match officials waiting for the issue to be resolved before the coin toss could take place.

The issue spilled into the first few overs of Chennai’s innings. Off the second ball, Devon Conway was struck on the front pad by an angling delivery from left-arm seamer Daniel Sams, with umpire Chirra Ravikanthreddy immediately raising his finger following a loud lbw appeal. Conway didn’t look quite convinced by the call, but didn’t have the power to review the decision. As it turned out, the DRS system at the stadium was out of action following the power cut.

Conway trudged off, with commentator Simon Doull remarking: “Oh dear! That is missing leg by a long way. Wow! A shame for Devon Conway, but he has to go”.

Two balls later, Sams had Moeen Ali dismissed for a duck to leave Chennai on 2-2. The following over, Jasprit Bumrah sent back Robin Uthappa to leave CSK at 5-3, after which commentator Harsha Bhogle announced that the DRS system had finally been restored.