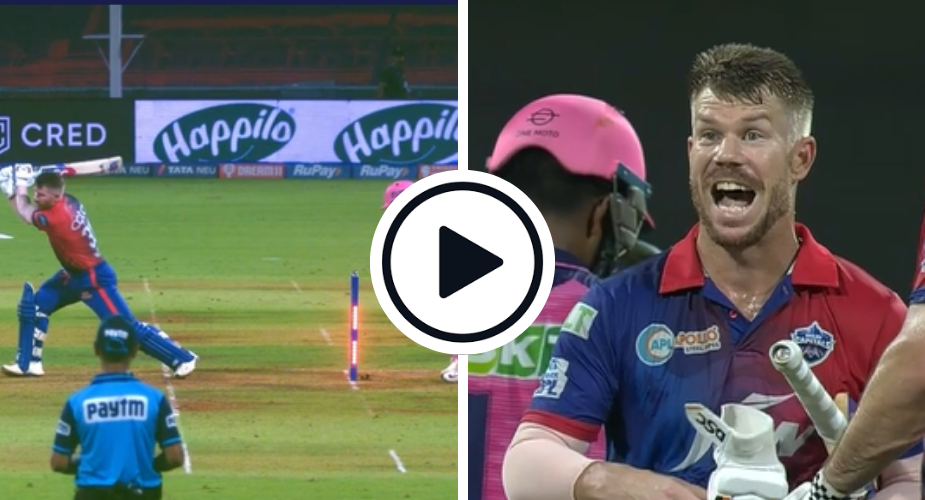 Yuzvendra Chahal narrowly missed getting David Warner’s wicket after the ball brushed past the opener’s stumps but the lit-up bails stayed intact during an Indian Premier League clash between Rajasthan Royals and Delhi Capitals on Wednesday.

The last ball of the ninth over saw Warner narrowly survive after a sharp-spinning leg-break delivery from Chahal snuck past his bat to hit the stumps behind and light up the zing bails. However, as none of the bails were dislodged, Warner extended his stay at the crease, much to the amusement of the two players involved.

The on-air commentators could not believe what had transpired either, with Pommie Mbangwa claiming, “It bowled him! I’m pretty sure it bowled him, the light went on! Oh, man.” Murali Karthik chipped in by saying, “For a second, I thought he had him, and then I said, ‘Oh, what’s happened here? Maybe I’ve seen something wrong or maybe the keeper’s gloves touched it [the stumps] too soon.”

Thus, the bail should have been completely removed from the top of the stumps for Warner to walk back to the pavilion. The DC opener was batting on 22 at the time and went on to score 52*, with his innings taking the side over the line.

Quiz! Australia Batters With The Highest Individual Scores In Test Cricket Since 2010