Catching Kohli: The Records Still In Sight For Jos Buttler In IPL 2022 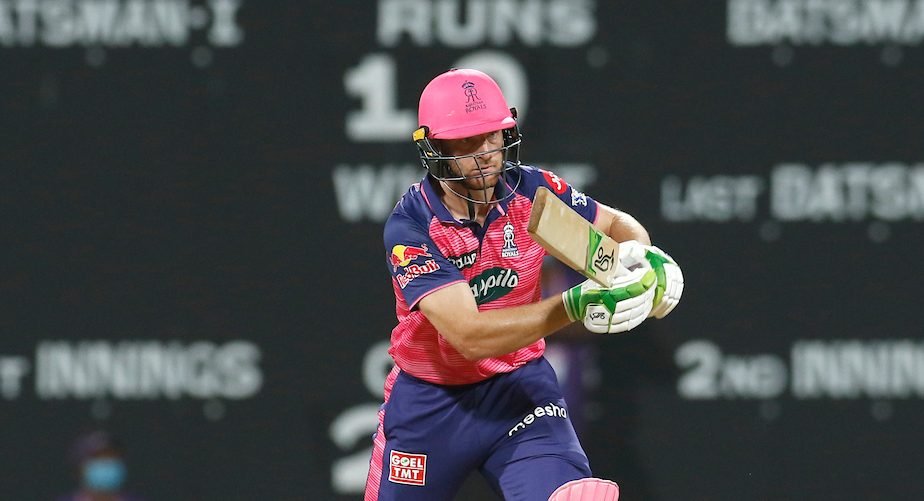 Jos Buttler has been in sparkling touch for the Rajasthan Royals in IPL 2022 and has already etched himself into the competition’s history books. With at least two games remaining, he has a chance to achieve something truly special.

After the 2016 edition of the IPL, in which Virat Kohli plundered 973 runs, many felt that his tally could never be surmounted. The former India skipper also scored four hundreds during that campaign, nearly leading Royal Challengers Bangalore to their first IPL crown, a hurdle they are still yet to overcome.

Buttler still has a way to go to match Kohli. But considering the form he has shown, there is a real possibility that he breaks almost every possible record this season. With only two league games left, there is a chance that he falls short on each of front, but equally, should Rajasthan Royals make it to the play-offs, anything could be possible.

The Englishman has notched up 625 runs from 12 innings at an average of 56.82 and a strike rate close to 150 (149.88 to be precise). If Rajasthan Royals were to not qualify for the play-offs, the wicketkeeper would only have two innings to add to his tally. In that scenario, it would be safe to assume that he would not overhaul Kohli’s tally of 973 runs. For context, Kohli had 752 runs after 12 innings in 2016 and played 16 innings during that season.

But if Rajasthan Rouals finished outside the top two and went on to make the final, Buttler would have five more opportunities to swell his tally. He would still need to score 348 runs (69.6 runs per innings) but that isn’t beyond the realms of possibility for Buttler. Even if Rajasthan Royals finished in the top two, Buttler could still have five innings, provided his side lose Qualifier 1 as well. If he has four more knocks, Buttler would need 87 runs per innings, while three or fewer would surely see him fall short.

The other record Buttler has in his sights is the record for the most hundreds in a single IPL season. At the moment, only Kohli (four tons in 2016) sits ahead of the Englishman, who has three centuries in 2022 so far.

The RR opener has also hit 56 fours and 37 sixes in IPL 2022. Chris Gayle holds the record for the most sixes in a single IPL season, having hit 59 maximums during the 2012 competition. Buttler needs 22 sixes to equal his tally, which might seem improbable – he has averaged just over three sixes per innings so far. But it is not beyond the Englishman if he gets going. Buttler has hit five or more sixes in an innings on four occasions in the 2022 tourname. Should he enjoy another mammoth innings akin to his 116 against Delhi Capitals, in which he hit nine sixes, then Buttler would threaten Gayle.

If Buttler hits 32 fours in what remains of IPL 2022, he would equal the record for the most fours in a single IPL season, drawing level with David Warner’s corresponding tally of 88 fours in 2016. Buttler has hit 4.67 fours per innings in IPL 2022 so far. If he were to play five more knocks, he would need to up that rate to 6.4 boundaries per innings.

There is a fair bit of history that Buttler is after, all of which will require him to slightly increase his output in IPL 2022 thus far. His last three knocks have seen him amass only 59 runs off 52 balls, so Buttler will need to return to his best if he is to threaten the record books. But the fact that he is still in with a shot of making history despite that sort of mini-lean patch only shows how extraordinary his early-season form was, including a stretch of five fifty-plus scores (and three tons) in seven knocks.

Buttler might or might not have a final hurrah this season, and it might or might not drive Rajasthan Royals to the title, or knock Kohli off top spot. But just the fact that we’re talking about it at all is something worth celebrating.