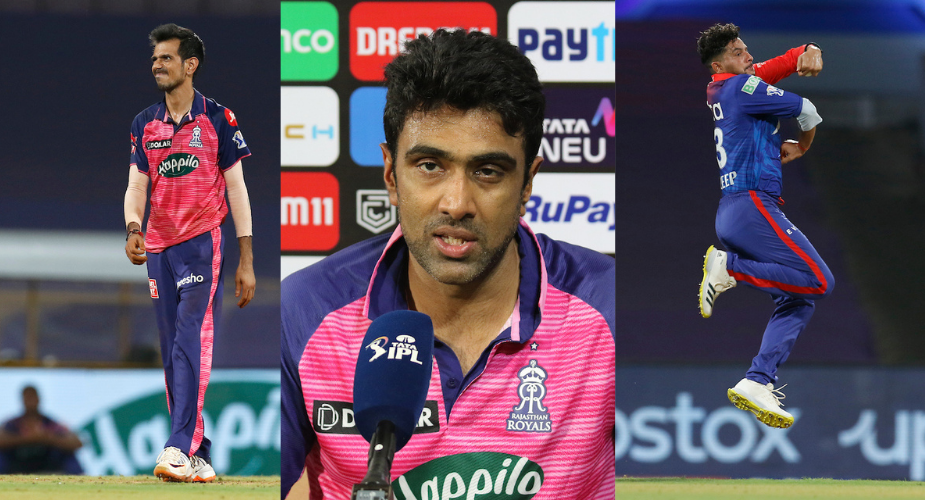 As India gear up for the T20 World Cup, set to be held in Australia later this year, there are still several questions to be settled around the spin options in their squad.

Prior to the 2021 T20 World Cup, India sprung a surprise when they excluded Yuzvendra Chahal from their squad for the event. Rahul Chahar and Varun Chakravarthy, both of whom had done well in recent editions of the IPL, were selected at Chahal’s expense. However, neither produced the sort of performances India required at the global tournament. With Chahal dominating this season’s IPL and not putting a foot wrong since being recalled into the India fold, it seems his place in the T20 World Cup squad is set in stone.

Elsewhere, though, there are a few spots still up for grabs. The resurgence of Kuldeep Yadav has opened up a novel alternative, with the tantalising prospect of reuniting the KulCha wrist-spin duo. R Ashwin has produced a steady season, adding value with bat as well as ball, with the likes of Ravi Bishnoi and Washington Sundar also in the mix.

In the past couple of years, Kuldeep has endured quite a fall from grace. But with him producing a stellar IPL season, he could find himself back in India contention soon. He has bowled with superb control and has deceived batters in the flight regularly. The left-arm spinner has also bowled at a slightly quicker pace, with his efforts so far amounting to 18 wickets, the third-most in the competition.

Frozen out of India’s 2021 T20 World Cup side, Chahal has returned like a man possessed. He has bowled beautifully and has, alongside Jos Buttler, led the Rajasthan Royals’ charge. Chahal has also fared well at the death, adding another string to an already burgeoning blow. He is also the leading wicket-taker in IPL 2022.

Ashwin has hogged the limelight at this year’s IPL, although that hasn’t always been with the ball. He began the season in sluggish fashion but has produced a few moments of magic, with a magical carrom ball to bowl Andre Russell for a golden duck a thing of beauty in particular. Nine wickets at 38.67 might pale in comparison to what his RR teammate Chahal has produced but he has done a containing job for his side. His runs have been handy too.

Chahar hasn’t set the IPL alight but he hasn’t been bad either. In a weak Punjab Kings bowling line-up, he has been asked to play the dual role of restricting runs and picking up wickets. The leggie has impressed on occasion and has averaged more than a wicket per game. However, Chahar’s numbers pale in comparison to Chahal’s, which could cost him come T20 World Cup time.

Back in the pack

Axar, who last played a T20I in November 2021, hasn’t been at his best in IPL 2022. His primary mode of operation, which is keeping things tight, hasn’t quite worked and he hasn’t been penetrative either. He has done well with the bat but as a pure spinner, he hasn’t done enough to stand out.

Bishnoi, whose fast leg-breaks were a revelation during India’s T20I series against the West Indies, has looked lacklustre in IPL 2022. Batters have lined up him better and he hasn’t been able to overcome that change in approach. Nine wickets in 11 game isn’t an awful return, but it is not probably what India would want from a frontline spinner.

Jadeja has endured a nightmare IPL 2022 campaign. He began the season as CSK skipper before relinquishing the role back to MS Dhoni. His performances have also dipped considerably, and he has been a pale shadow of the match-winning all-rounder he can be in the shortest version. To compound his woes, he has been ruled out of the remainder of the season with a rib injury.

Chakravarthy, who was fast-tracked into the India team after two strong IPL seasons, has struggled for rhythm in 2022. Batters have also been more aware of his variations and he hasn’t deceived them as often as he did in 2020 and 2021. He was dropped for a couple of games, capping off what has been an uninspiring campaign.

Sundar’s season has been blighted by injuries. He has only played six matches and has bowled 18 overs, resulting in 4 wickets and an economy rate of 8.00. There have been flashes of the excellence of which he is capable, but the lack of consistent game-time will be a worry. At his best, he could be a potential spin-bowling all-rounder for India.