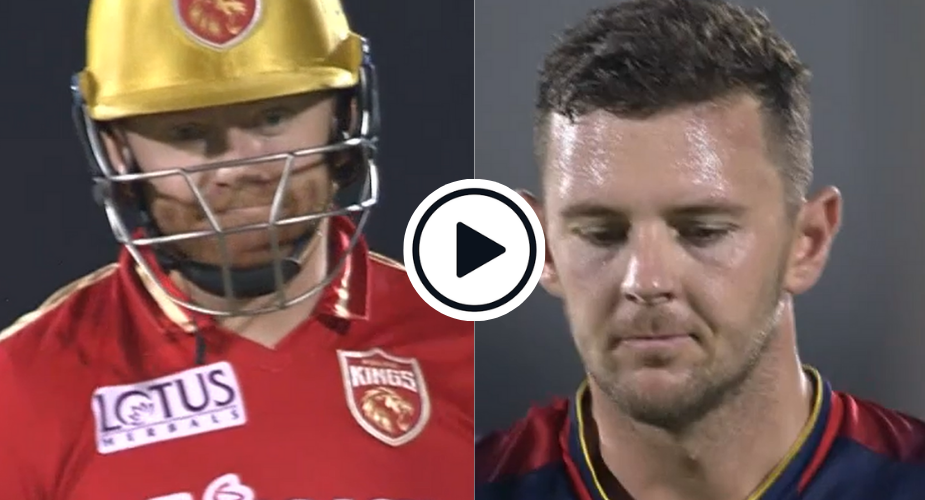 England’s Jonny Bairstow enjoyed an enthralling battle with Australia’s Josh Hazlewood in the 2022 IPL on Friday, hitting the right-arm quick for two sixes in an over that went for 22 runs.

Bairstow signalled his intentions early after his Punjab Kings side were put into bat. In the first over of the match against Royal Challengers, he launched off-spinner Glenn Maxwell for a six over long-off.

From the following over, Bairstow took on Hazlewood, attacking the fast bowler with some hard hits through the leg side. While the final ball of the over induced an edge from Bairstow, the ball flew away for four – the over included two sixes and two fours.

The opener continued in a similar vein during the Powerplay. He raced his way to a 21-ball fifty in the sixth over and ensured that PBKS hit 83 runs with the field up. Bairstow fell to Shahbaz Ahmed in the 10th over but by then had walloped his way to 66 off 29 balls, laying the foundations for a significant first-innings total.