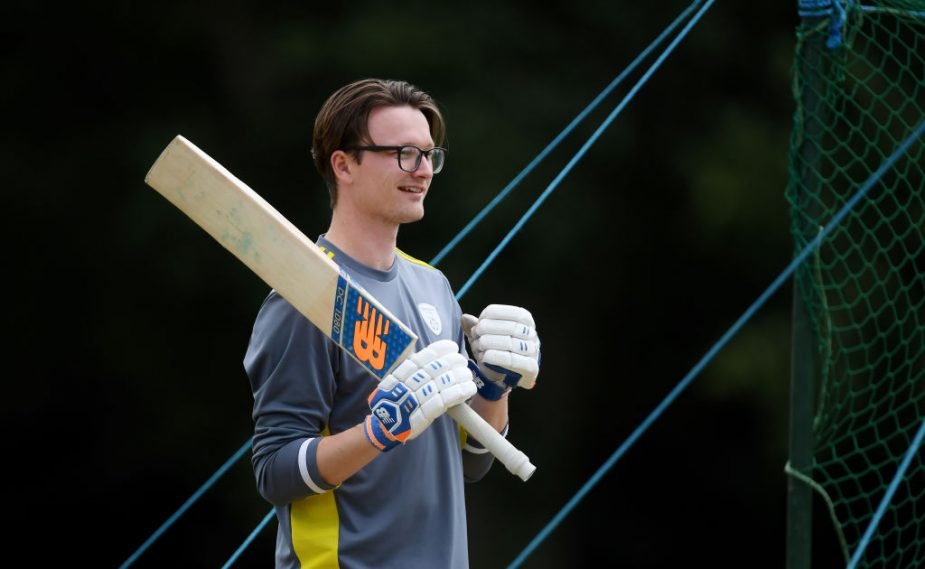 There was no fairytale hundred. Aneurin Donald’s upper cut found the fielder, ending an enterprising knock on 89. But he had still managed to pull off something special; his final-wicket stand of 101 with No.11 James Fuller lifted Hampshire from 103-9 to 204 all out, setting Gloucestershire a steep target of 368 at the Ageas Bowl. The visitors eventually fell to an 87-run defeat, highlighting the significance of Donald and Fuller’s resistance.

“I had loads of fun,” Donald says of last week’s effort, which helped Hampshire to their third win in this year’s County Championship. The use of two nightwatchmen the previous evening had forced the right-hander down to No.9, and he made good use of the lower-order license. One Dominic Goodman over began with three leg-side sixes on the bounce as Donald took inspiration from Ben Stokes’ record-breaking blitz against Worcestershire.

“The boys were pretty disappointed. I hit three sixes in a row and then took the single because I was trying to be responsible. I’m still pretty gutted about that. I feel like I’m a changed man. Back in the day, I certainly would have been going straight for six sixes.”

Back in the day. It’s an odd turn of phrase from a 25-year-old, but Donald has been around for some time. He debuted for Glamorgan at 17 and made history at 19, equalling the record for the fastest first-class double hundred when he struck 234 off 136 balls against Derbyshire. The Welshman joined Hampshire in 2018 and finished the following year – his first campaign in Division One – with 554 County Championship runs at an average of 39.57. Then came the fall. One serious injury followed another, ruling Donald out of two full seasons. He might have fallen 11 runs short of a hundred last week, but it’s worth looking at the bigger picture – Donald’s appearance against Gloucestershire was his first in first-team cricket since September 2019.

“The first innings wasn’t great, when I chipped one to cover,” says Donald, who came into the side after an injury to opener Joe Weatherley in Hampshire’s previous match. “There were a little bit of nerves, but it was more relief than anything. I think stepping on the pitch and getting through a whole game is probably a big win after the last couple of years.”

The injury nightmare began with a game of five-a-side football in late 2019 – “Like any good cricket story, it started with football,” says Donald, his sense of humour still intact. “I just went down, no one anywhere near me. My knee kind of collapsed inwards and back out.

“Looking back, it’s quite a surreal moment where I knew I was hurt but I certainly didn’t know the significance of it at the time. Up to that point, I was really lucky with injuries. I hadn’t had anything bar a couple of stitches throughout my life, let alone my cricketing career. But I spoke to Cleggy [James Clegg], our physio at the time, on the phone that night and he said, ‘Look mate, I think you’ve done your ACL [anterior cruciate ligament]’.”

Surgery followed, as did a lengthy period of rehabilitation. The 2020 season came and went, and Donald was scheduled to return for the 2021 season. “I had a great winter, ticked every box I could gym-wise, fitness-wise and movement-wise, and the batting was starting to get back.” But in an intra-squad fixture ahead of the new season, Donald was felled once again. “I was running wide of long-on, picked the ball up, threw it back in and just felt my knee kind of duck inwards.” Scans revealed a recurrence of the first injury. Initially, it seemed as if Donald could play the summer with a knee brace, but a torn meniscus – suffered after he underarmed a ball in a fielding drill – meant it was time for surgery once again. He was out for another season.

“The second time round was certainly a lot tougher. The first time it was more of a freak accident which you can’t control too much. This time, when I felt like I did everything I could and everything we should have done, to get hit with another setback like that, it was really tough to take, especially with the sheer length of the injury. If you break a finger or tear a hamstring, it’s a bit of a setback, but you’re going to be back within weeks. With this, it’s basically a year every time you do it.

“I’ve basically learned to walk again twice in the last two years, from scratch. It’s a very strange thing to go through, getting coached on how to walk again.”

Having spent such a long period out of the game, did he ever consider giving it up? “I’d be lying if I said it didn’t cross my mind. Fortunately, I’m ever the optimist. It’s never really been a real thought in my head. Generally the way I look at life is the only way is forward – it was the next gym session or the next movement session, or what can I do to make sure I’m in a better position? But you certainly get some relatively dark thoughts or points along the line.” An extensive support network has helped Donald find his way back.

Even with his positive outlook, though, there’s a lingering sense of frustration. “The whole reason I moved to Hampshire was to try to compete for titles, push on for higher honours. And, for me, the most frustrating part as a professional sportsman is I feel like I’m two years behind my peers. I think that was the really tough part. And watching these other guys crack on and be a part of national squads, or winning titles or, you know, getting selected in The Hundred – I think that’s been the hardest thing for me professionally, feeling like I’ve lost a few years after I felt like I was really kicking on.”

For now, however, there’s gratitude for being back on the park. “I’m enjoying literally every moment of being back,” he says.

Having made his red-ball return, Donald’s excited for what lies ahead in the shortest format. “The T20 Blast is coming around the corner, and I feel like I’m going to add some real firepower and a little bit of X-factor to the Hampshire team at the top of the order.” Perhaps those six sixes are being saved for a white-ball hit.