Here’s How RCB Can Still Qualify For The IPL 2022 Plays-Offs: Faf du Plessis’ led Royal Challengers Bangalore were defeated by Punjab Kings by 54 runs at the Brabourne Stadium, incurring their 6th defeat of the ongoing 2022 edition of the Indian Premier League on Friday.

Chasing a 210-runs target, RCB got off to a horrible start, scoring just 44 runs in the powerplay with three wickets loss. However, Rajat Patidar (26) and Glenn Maxwell (35) joined hands and formed a partnership to bring back the momentum to their side as they added 64 runs together.

However, both the batters got out within three deliveries and Punjab Kings once again took charge of the driving seat. Their in-form keeper-batter Dinesh Karthik, who has turned out to be their most consistent player this season, also failed to replicate their heroics and the team was put in a spot of bother. As a result, RCB could only manage 155/9 in 20 overs, running short of 54 runs.

Trust our think-tank to get the team up and ready again for our last group match on Thursday. #PlayBold #WeAreChallengers #IPL2022  #Mission2022 #RCB  #ನಮ್ಮRCB pic.twitter.com/TFHgdqTGkR

Punjab Kings’ Kagiso Rabada was the pick of their bowlers, returning with the bowling figures of 4-0-21-3. Rabada had dismissed Virat Kohli (20), Ahmed, and Harshal Patel (11). Besides Rabada, all-rounder Rishi Dhawan and spinner Rahul Chahar also picked a couple of wickets each.

Will RCB Qualify For IPL 2022 Playoffs?

So far in the ongoing season of IPL, RCB has played a total of 13 games in the league stage. RCB now has just one game remaining before the playoffs resume. In order to advance to the final stage of the tournament, RCB needed to win both of their final games. RCB would have jumped to 18 points in 14 games if they had somehow won both the games. However, RCB were defeated by Punjab Kings last night, forcing them to rely on the net run rate and other factors that are outside their control.

RCB needs to beat Gujarat Titans at the Wankhede Stadium on Thursday, however, the same wouldn’t guarantee a playoff spot as other teams could also end up with 16 points. 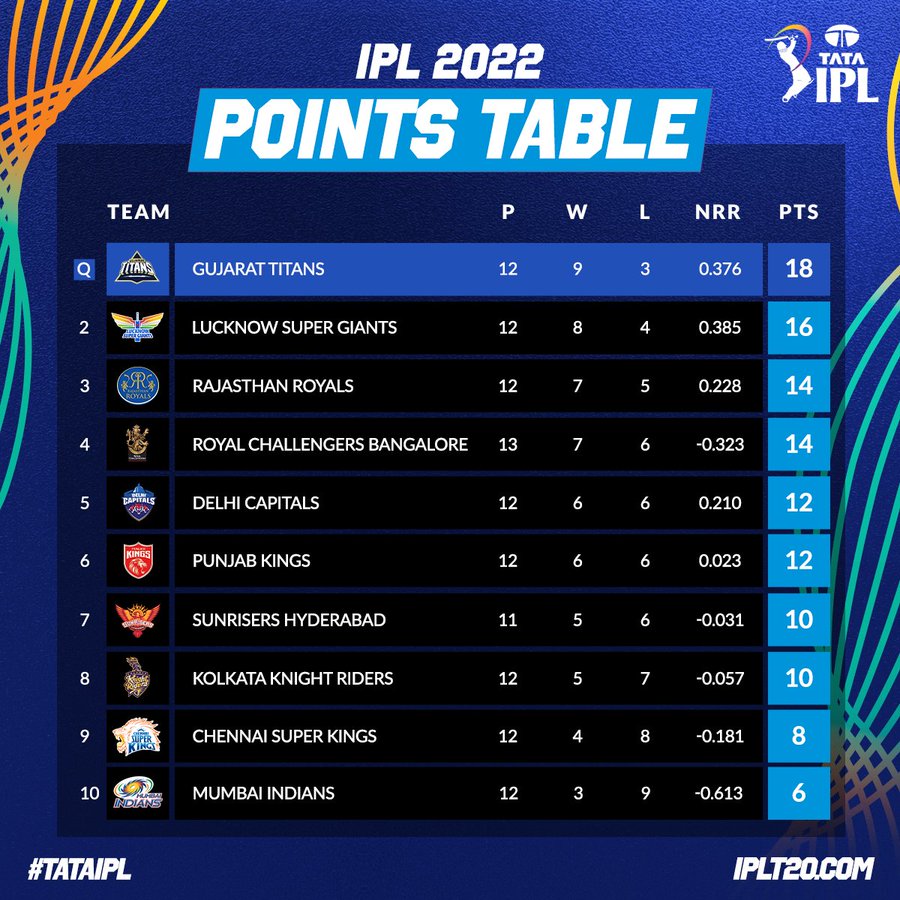