IPL 2022: RCB Shared A Hilarious Post For Mumbai Indians Ahead Of ‘MI vs DC’

IPL 2022: For a rare instance in the IPL, the Royal Challengers Bangalore (RCB) players and fans will be cheering for the Mumbai Indians –  for every run MI score and every wicket MI take – as they need Rohit Sharma’s side to defeat Rishabh Pant’s Delhi Capitals on Saturday evening, at the Wankhede Stadium, to pave the way for RCB into the playoffs.

RCB finished their league stage with 16 points after beating the Gujarat Titans, the game in which Virat Kohli showed great signs of a return to his best. The Capitals have 14 points in 13 games- but by the virtue of their better NRR than RCB, they only need a win to qualify for the playoffs. 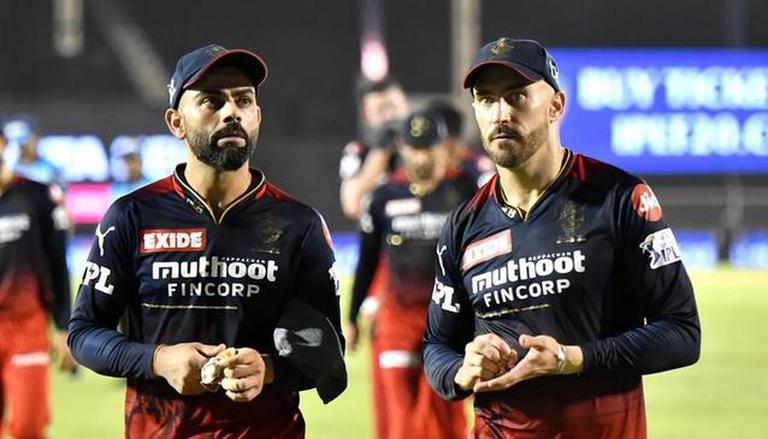 Over the past couple of days, social media has been a meme and joke fest with RCB fans throwing their weight behind the five-time champions, who themselves are sitting at the 10th position and will be fighting to avoid the wooden spoon.

Now, even the RCB social media handles have changed the colour of their profile picture to blue with the hashtag ‘#Red Turns Blue’. They even wrote a special postcard to the Ambani-owned franchise giving their best wishes.

“Hey @mipaltan, the entire RCB team will cheer for you like #OneFamily, you go #PlayBold against DC,” the letter from RCB to MI read.

Here, check out RCB’s Tweets which have got netizens in laughter:

Even Virat Kohli, after his Man of the Match performance against GT, joked about MI having 25 more supporters – the RCB squad – in their crucial clash against DC.

“Trying to put our feet up and chill out for 2 days and support Mumbai. We have 2 more supporters for Mumbai, not just 2 but I think 25 more supporters. You might see us in the stadium as well,” Kohli said in an interview with skipper Faf du Plessis for IPLT20.com.

Rohit Sharma, however, has suggested that MI could rest some of the players in order to give chances to others.

“For us it is simple (for the last game). Just want to tick off the boxes and finish off on a high note. We will try everything we can from our side. If there is an opportunity to try out new guys we will definitely look to do that as well,” Rohit had said after their loss to SRH in the last match.

IPL 2022: Dinesh Karthik Shared A Hilarious Tweet Ahead Of 'DC vs MI' Match