Deepak Chahar’s Wedding Invite Has Gone Viral On The Internet

India and Chennai Super Kings (CSK) pacer Deepak Chahar is all set to tie the knots with his fiancé Jaya Bhardwaj on June 1 and the invitation card for their wedding has gone viral on the internet.

Deepak Chahar had to miss the ongoing 2022 edition of the Indian Premier League because of a back injury that he suffered during his rehabilitation program at the National Cricket Academy (NCA) in Bangalore last month. He is currently out of action. 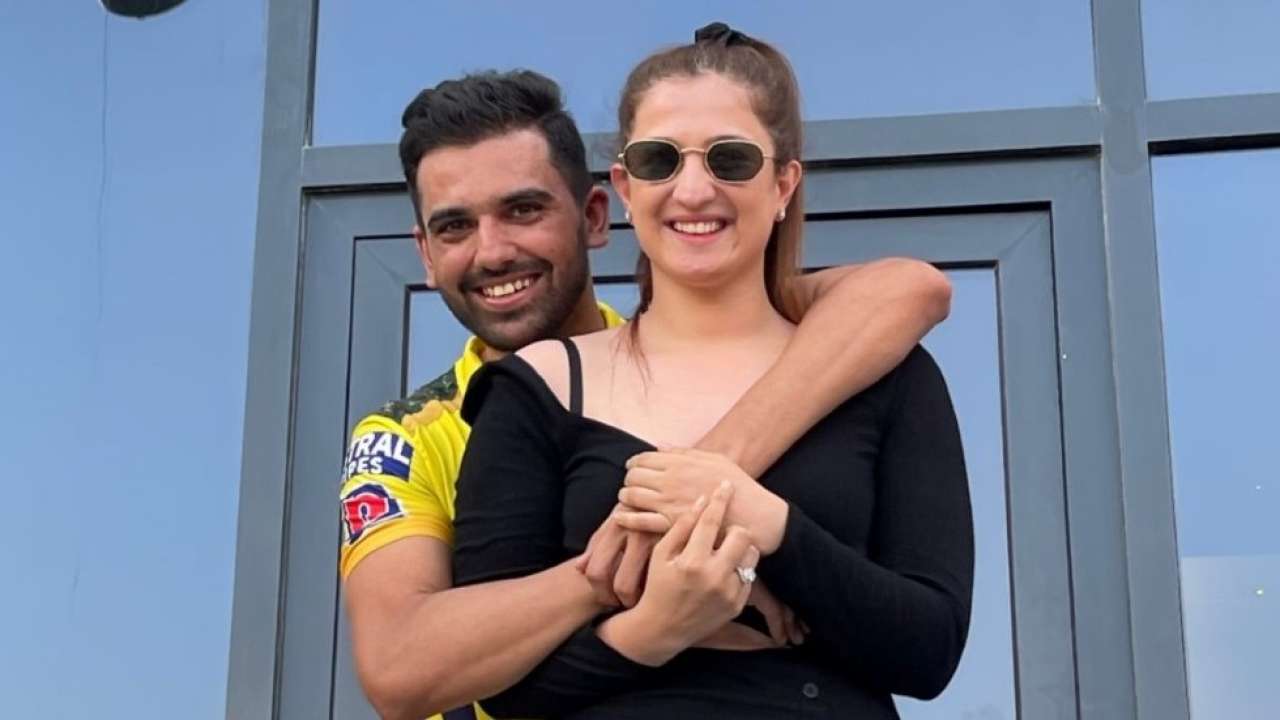 The picture of the wedding card has surfaced on social media, via which it was confirmed that the star cricketer is all set to get hitched next month. Deepak had proposed Jaya during the second half of the IPL 2021 which was played in the UAE after the last league game of Chennai Super Kings.

Deepak had planned to go down on his knees and ask the big question to Jay during the playoffs stage of IPL 2021, however, on the advice of CSK skipper MS Dhoni, he planned out the proposal during CSK’s last league game against the Punjab Kings.

Meanwhile, as Deepak Chahar is currently out of action, Chahar has decided to marry his fiancé Jaya Bhardwaj on 1st June 2022, utilizing this off time. With the wedding just around the corner, the preparations for the big event are going on in full swing. Amidst this, a picture of the invitation card has been going viral on the internet.

Talking about Chahar, his absence was a big blow to Chennai Super Kings in IPL 2022 as they endured a disastrous season this year. His injury has put him doubtful for the T20 World cup 2022 in Australia later this year.