Veteran commentator Harsha Bhogle expressed his admiration for the “unique talent” of Rajasthan Royals’ Prasidh Krishna following the speedster’s match-winning, thunderous bowling performance against the Royal Challengers Bangalore in the Eliminator in Ahmedabad.

Krishna finished with brilliant figures of 3/22, which included the wickets of Virat Kohli, Dinesh Karthik, and Wanindu Hasaranga, the lanky fast bowler utilizing the help from the surface of extra bounce and the seam movement, and restricted RCB to a below-par total of 157, which RR chased down comfortably and sealed their place in the final against Gujarat Titans. 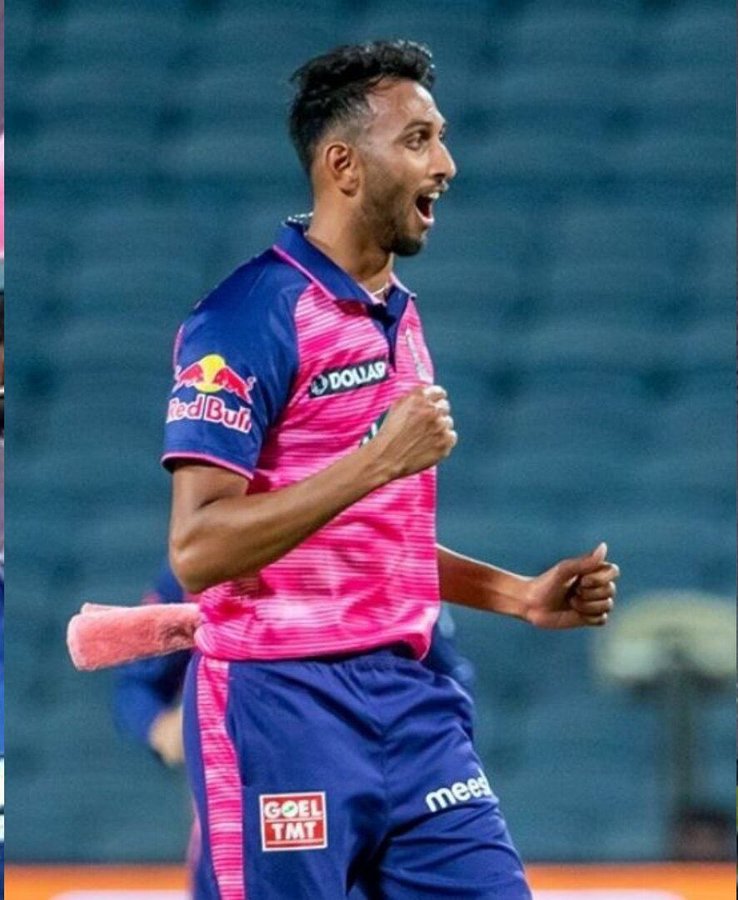 Harsha Bhogle took to Twitter to express his views on Krishna’s incredible skillset and talent.

He wrote: “One of those days when Prasidh Krishna reminds you why he can be a unique talent.”

This “one of those days” turned out to be the last day for the Royal Challengers as Jos Buttler massacred their bowling attack to smithereens, making the chase easier.

One of those days when Prasidh Krishna reminds you why he can be a unique talent.

Here’s how Prasidh Krishna had the RCB batters on his string:

In his first over, the second of RCB’s innings, he got the wicket of Virat Kohli. He bowled two dots – both back of length deliveries swinging in. So when the next ball moved away, and on a short length, Kohli promptly went after it looking to work it towards the third man. But, with the pace in the pitch and the extra bounce that Krishna generates because of his height, it took the outside edge of Kohli’s bat and Samson pouched it safely. 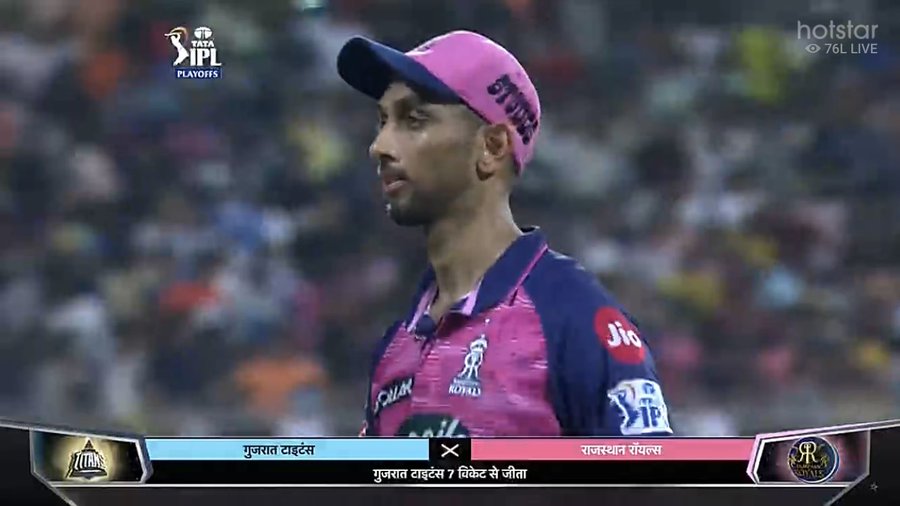 Krishna finished his three overs in the powerplay for 1/14. He came back in the 19th over. With two overs to go, at the score of 146/5, and the best finisher of the tournament, Dinesh Karthik, on strike, RCB must have been hoping for a late flourish.

However, it wasn’t to be today, because of Krishna. On the first ball of the 19th, Karthik was caught at long-on by Parag after toe-ending his slog off Krishna’s length ball well outside the off-stump. Then, Krishna yorked Wanindu Hasaranga handing the Sri Lankan a golden duck.