Mohammad Siraj is the name in the list of the number of players who were retained ahead of the mega-auction but have failed to perform – or as expectedly – in the IPL 2022.

The Royal Challengers Bangalore seamer, who was retained for 7 crore, has had a poor season, which is about to culminate in a forgettable manner as he was thrashed around by the Rajasthan Royals openers in the Qualifier 2, and en route created an unwanted, embarrassing record. 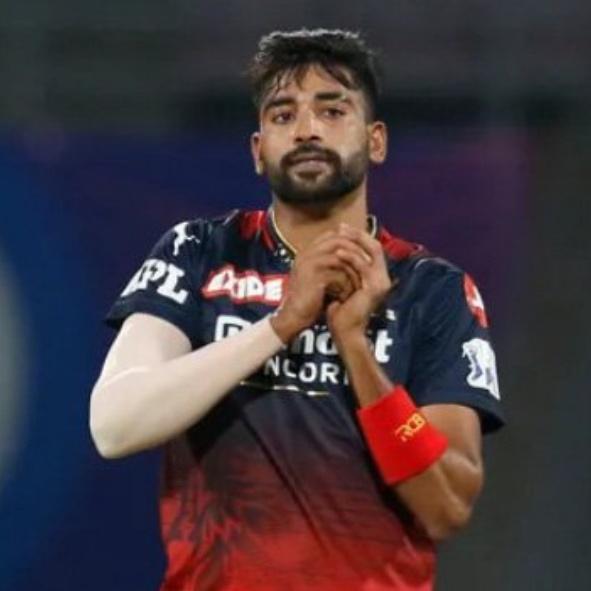 In RR’s chase of 158 in the Eliminator, RCB needed an early wicket of any of the two aggressive RR openers – Yashasvi Jaiswal. However, Siraj, a predominantly swing bowler, conceded 31 runs in his two overs in the powerplay, of which there were three sixes.

With conceding these three sixes, Siraj became the first bowler in the history of the IPL to be hit for 30 sixes – now 31, at the time of writing – in a single IPL season!

Siraj also now has the worst powerplay economy – 10.23 – in any IPL season for all the bowlers to have bowled at least 100 balls in this phase.

In a defence of what was a below-par total, not only did Siraj fail to take an early breakthrough, he surrendered the momentum to the Royals right in the first over itself – as Jaiswal clattered him for a two pulled sixes and one flicked boundary in the first over of the chase.

However, despite his horrible lines and lengths in the first over, RCB skipper Faf du Plessis persisted with Mohammad Siraj for the third over of the innings.

Making matters worse for the bowler and RCB, it was now Buttler on the strike. Fresh from a return-to-form knock versus Gujarat Titans, Buttler was going to pounce on the low-on-confidence Siraj. 4, 4, 6 – Buttler tore into Siraj, the six going deep, deep into the stands on the leg side.

‘Stop looking at me and bowl’: CSK throwdown specialist recalls how MS Dhoni calmed him down