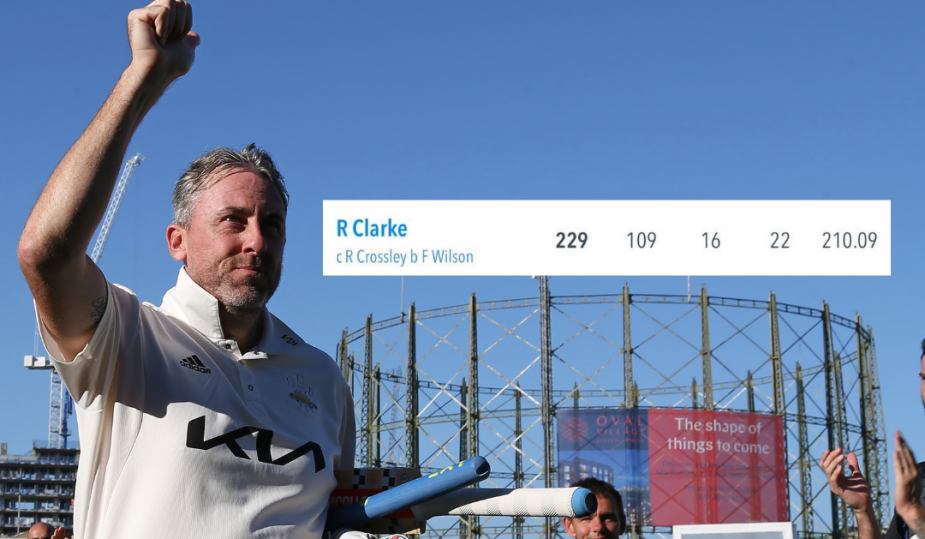 Former England and Surrey all-rounder Rikki Clarke divided opinion on social media after he posted a screenshot of the scorecard from his appearance in a club game over the weekend.

Clarke, who retired from first-class cricket last summer at the age of 39 and represented England in 22 internationals from 2003 to 2006, scored 229 playing for Shrewton Cricket Club’s first XI in Division Two of the Hampshire Cricket League against South Wilts Cricket Club’s third XI.

Clarke’s 109-ball stay at the crease featured 22 sixes as his side scored 385-7 off their 45 overs. It was Clarke’s third league outing of the summer; he had only scored 28 runs across his previous two league games in 2022.

Clarke attracted some criticism online for playing against a club third team but was praised and defended by a whole host of former professionals. Former England bowler Simon Jones tweeted: “Ignore them [those criticising Clarke] Clarkey, there’s always going to be a minority who are envious and enjoy trying to create, take it as a compliment, you’re a huge asset to the club, smile and keep doing what you’re doing.”

Seems to divide opinion tonight with me helping out a local cricket club by playing for them. Good people who work hard to make the club progress through the leagues potentially and attract new players. Personally couldn’t care less what people think

The three-time County Championship winner also highlighted how, aside for turning out for Shrewton, he has put in a lot of time helping to improve the club. In a further tweet, he said: “Spent about two days of my time jet washing the decking and helped paint it after to make the pavilion look better for potential visitors and new recruits. Went to winter nets to help coach all senior teams and did free junior coaching classes for new junior recruits.”