After the legendary Shane Warne, Rajasthan Royals’ Sanju Samson could have been the second captain to lift the prestigious trophy of the Indian Premier League, however, destiny had other ideas. Rajasthan Royals failed to put up the best of their abilities when it mattered the most and were defeated by Gujarat Titans by 7 wickets at the Narendra Modi Stadium on Sunday.

After winning the toss and opting to bat first, RR failed to put up a good total on board. They lost Yashaswi Jaiswal after a good start and then a three-wicket haul by Hardik Pandya rattled the side as he dismissed their top three players – Sanju Samson, Jos Buttler, and Shimron Hetmyer. 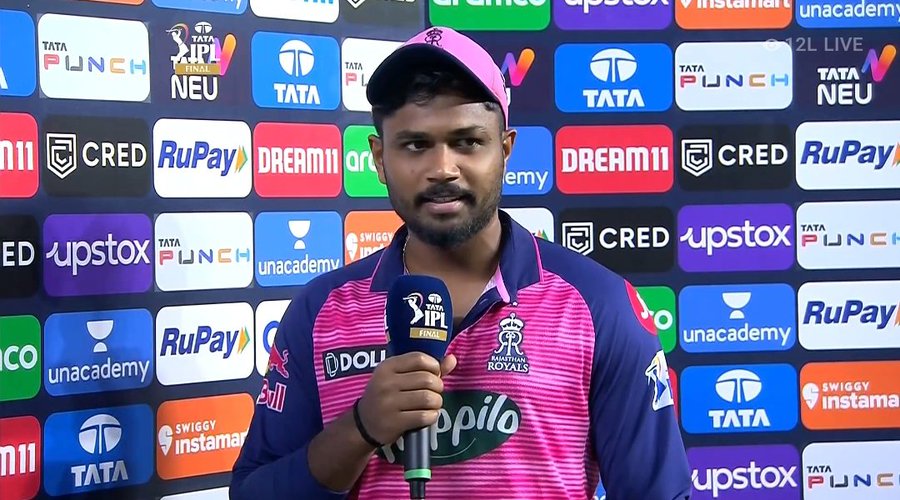 Later, RR bowlers failed to defend their scores, and a stellar batting show from GT batters helped them to chase down the target and win the cup.

Nonetheless, Sanju Samson hailed his team for playing ‘good cricket.’ After the match, Sanju Samson spoke about his journey and the performance of his side in IPL 2022. He said:

“This season is really special for us. We have been able to play good cricket and give fans some happy moments. All the youngsters, seniors played well as a team, I am proud of my team,”

“This season was really special for us. It was very good to give the fans some happy moments. I am really proud of my team.” – Sanju Samson pic.twitter.com/kcMEYhKYTS

He also revealed the strategy behind investing in a lot of talented bowlers like Trent Boult, Prasidh Krishna and Obed McCoy. He revealed:

“We believe quality bowlers win you the tournament. So we invested in them. With Jos playing throughout 20 overs, my role was a bit different. It was a decent season for me, nice 30s and 40s and 20s. But there is a lot to learn. And huge congratulations to Gujarat Titans.”

Hardik Pandya Revealed His Next Big Goal After Winning IPL 2022