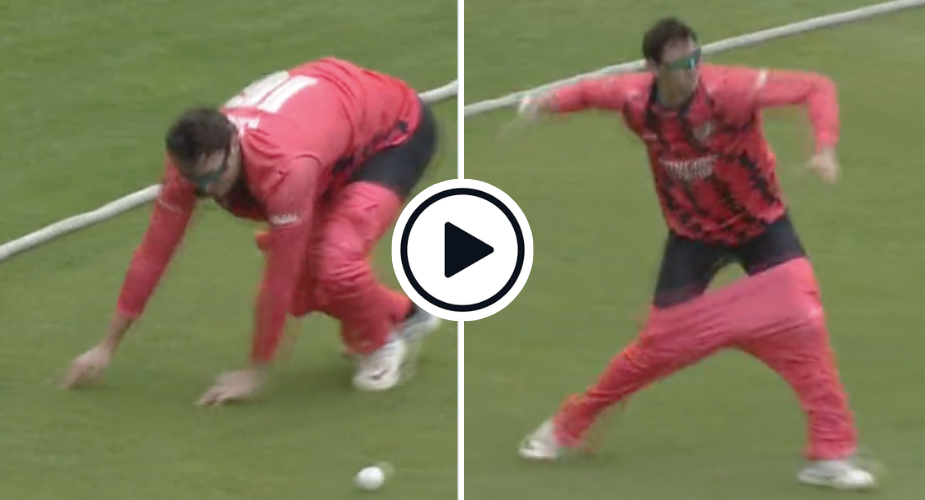 A fielding incident involving Tim David caused a moment of humour in the T20 Blast, when the Lancashire batter nearly losing his trousers in a boundary dive in his side’s fixture against Worcestershire.

David – one of Lancashire’s overseas signing for the Blast – has been impressive in his outings so far, carrying him form in a successful IPL season to Manchester. After an 18-ball 35 against Yorkshire in his first game, he smashed a 25-ball 60 from No.6 against Worcestershire on Sunday.

The blitz on Sunday helped the Lancs claim a 12-run win, but it wasn’t before David was involved in a comical incident in Worcestershire’s chase. Off a Luke Wood delivery that was pushed through the covers, David scampered from mid-off to chase the ball, sprinting full-tilt as it hurtled towards the ropes. As the ball eventually slowed down, David dived full length, managing to tip the ball back, but lost his trousers in the process. The slipped garment did little to arrest his dedication though – he stood up, and completed the fielding effort, throwing the ball back to the centre with his trousers still halfway down his legs.

On Monday, the Vitality Blast Twitter account posted a short video of the moment, with the accompanying words: “We are sorry Tim but we just had to” along with a laughing emoji.