For Good Or For Bad, The Brendon McCullum Chaos Era Is Here 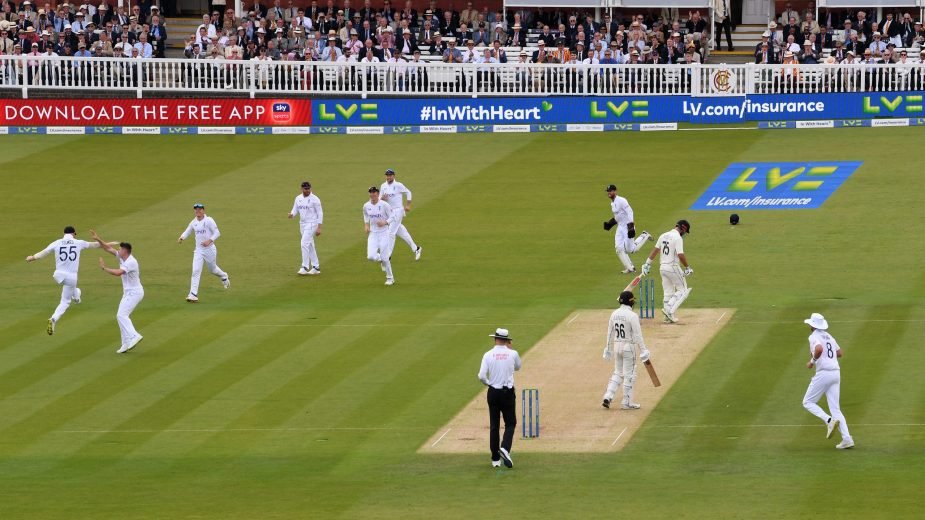 How many slips do you want, Brendon? How much is enough before you stop this insanity. This greed, this nonsense. Have three and a gully by all means, but six? Six is too far. Even for you.

The era of the Bazzmeister got off in frenetic, chaotic, but altogether predictable fashion. Bazza’s shotgun style of cricket is all about high intensity. Chocolate, sprinkles and dynamite with your sundae. He is the Jeremy Clarkson of cricket, screaming power before driving headfirst into a wall. We’re either smashing through, or we’re crashing. Those are our options, with both on show today, as England bowled New Zealand out for 132, before slumping to 116-7 at close.

In Andrew Fidel Fernando’s piece for The Cricket Monthly on how McCullum took New Zealand to the pinnacle of the sport, this high octane mentality comes to the fore. In one example, team manager Mike Sandle recalls McCullum throwing himself over the boundary rope as part of a team ethos that every ball must be chased all the way to the boundary, no matter how lost the cause was.

Cut to Lord’s and within ten overs, we had Jack Leach concuss himself whilst diving over the boundary rope, and six slips to Jimmy Anderson. Full power. Forever and always.

It is revolutionary in its simplicity. Professional sportspeople spend their lives speaking of the need for clarity in their game and McCullum will provide that in abundance.

And it also means that for us as fans we are in for an era of fun if not nuance. Adding slips, whilst exciting, is hardly the most cerebral way of demonstrating aggression in cricket. It is the equivalent of buying a round of shots for your mates. Shocking once, classic Bazzer the next, and then mate, how about we have a ring field and chill out for a bit.

In an interview that Moeen Ali gave to the Guardian earlier this week, he mentioned that McCullum had texted him about his availability for Test cricket, asking if he was “in”, in what must be one of the lesser seen examples of the Test cricket booty call.

Ever the gentleman, Moeen said he didn’t want to disrespect Brendon’s current spinning partner Jack Leach by saying yes, but to give him a call if ever the time was right for both parties in the future. True romance.

But it is another example of Brendon being the man who gets things done. Shoot your shot and play your shots. Where other coaches wear gloves when giving slip catches, Brendon goes bare handed, the testosterone oozing from his biceps and his confidence.

In Madagascar: Escape 2 Africa (stick with me here) the large, handsome and hunky Moto-Moto woos fellow hippo and leading lady Gloria, by reminding her with increasing regularity that, “Girl, you huge”. The compliments, and the simple, appealing message, work initially as Gloria enjoys the attention of the muscled and gravelly voiced Moto-McCullum. But she eventually gets tired and wants to know what else there is about her that he likes, what more he can give. Craving a depth of relationship that goes beyond all fire and action.

“Errr,” MM stutters, “girl, you are the most pumpinest girl I have ever met. You chunky.”

For Gloria, it’s not enough. And she turns to the one she really loves in Melvin, the more predictably charming giraffe, who’s more of a ring field and two slips man.

Will the McCullum mantra have to mellow, Melvin-style, to make this a longlasting relationship, or will all guns blazing successfully sweep us off our feet?

One thing for sure is that we’ll all enjoy being in lust with McCullum, but whether we’ll fall in love, remains to be seen.