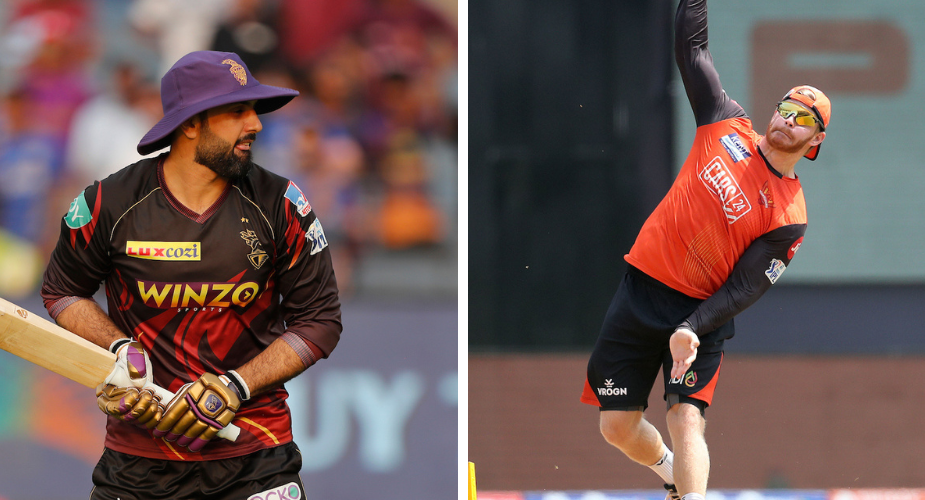 Debutants Gujarat Titans won their maiden Indian Premier League title on Sunday — we assemble an XI of players who stayed on the bench through the season, but are good enough to club together and challenge winners Gujarat Titans.

The team comprises cricketers who were available through the season, but warmed the benches, not getting any game time. In the past, these players have shown immense talent and potential, but the competitive nature of the IPL and the composition of overseas players meant that they couldn’t feature in the XI. We have followed the policy of fielding four overseas players.

Part of the Challengers since 2021, the New Zealand batter – who has a T20I strike rate of over 190.24 – enjoyed significant limelight after a stellar 2020/21 Super Smash, where he ended as the highest run-scorer with 512 runs at 56.88. He also hit 25 sixes – the most in the league –  and could have been a serious middle-order presence if not for the overseas combination at RCB.

The talented left-handed batter is an exciting prospect and has been a consistent performer in the Syed Mushtaq Ali Trophy. In the 2020/21 edition, he helped Tamil Nadu to the title, scoring 246 runs at 41, and followed it up with another impactful outing in the next season: In 2021/22, Nishaanth scored 200 runs at a strike rate of 135.13 in eight innings, hitting 12 sixes, the fourth-most in the competition.

The captain of the Indian Under-19 team that won the World Cup this year, Dhull created ripples ahead of the IPL season after hitting a ridiculous no-look stroke in the Delhi Capitals nets. Dhull was one of the three players from the 2022 Under-19 set-up to earn a contract after a fine performance in the World Cup, where he had scored 229 runs from four innings at an average of 76.33, including a hundred in the semifinal against Australia.

The leader of Odisha in white-ball cricket, Senapati is known for his ability to play elegant strokes all over the park. He topped the run charts for his side in the 2021/22 Vijay Hazare Trophy, making 275 runs at an average of nearing 69.

The 28-year-old has been associated with Delhi Capitals and Royal Challengers Bangalore in the past but is yet to play a single game in the IPL since 2017. Vinod is known for his big-hitting skills and has a strike rate of 139.20 after 42 T20 matches, where he averages 33.90.

The Kiwi, renowned for his big-striking, hit the most number of sixes across all T20s in 2021. He has represented New Zealand in 35 matches, scoring runs at a rate of 140.21, with a high score of 108. Phillips is also a gun fielder who can keep wickets and is a handy bowler too.

The Afghan all-rounder has been a match-winner in the IPL in the past but had to warm the bench this season. Besides striking at 151.26 in the Indian T20 league, he has also picked up 13 wickets at an economy rate of 7.14. Nabi is the current captain of the Afghanistan T20I team, and has plenty of experience, having played a total of 329 T20s thus far.

The all-rounder was one of the few cricketers who broke into the limelight after a fine campaign in the Under-19 World Cup earlier this year. He can send down deliveries at over 140kmph and had impressed in the U19 Vinoo Mankad Trophy last year, picking up 19 wickets whilst also making 216 runs. In the World Cup, he scored runs at a strike rate of 185.71 and also picked up five wickets at an economy rate of 3.67.

The left-arm spinner, who played Test cricket for India last year, is a proven performer in the tournament, with 48 wickets at an economy rate of 7.56. Nadeem can be called upon to bowl in any phase of the innings and has a number of variations at his disposal.

The quick can get the new ball to move both ways, and was the breakout star from India’s victorious 2018 Under-19 World Cup, where he impressed with his ability to consistently touch the 145kph-barrier. His lanky frame helps him in extracting bounce and will be lethal to face upfront.

Ngidi can hit the deck hard, and can constantly clock over 140kmph through the innings. The South African can trouble batters with his bounce and variations and forms a formidable new-ball pair with Porel.

India tour of West Indies 2022: CWI confirms the dates of US games