Watch: Matty Potts Gets Kane Williamson In Dream First Over Of Test Career 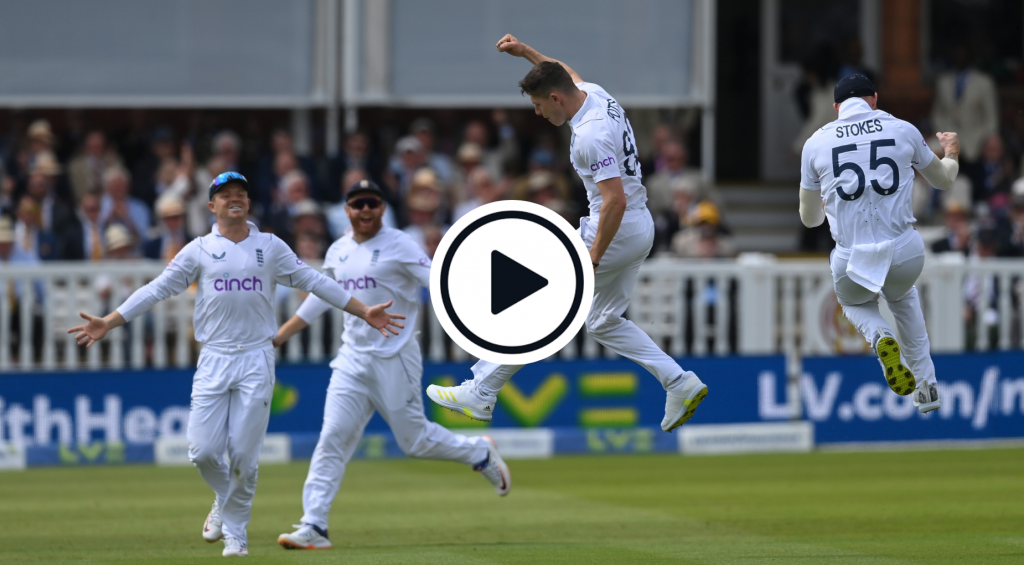 Matty Potts had a dream start to his Test career, claiming the wicket of Kane Williamson in his very first over.

The Durham seamer, who is making his debut at Lord’s, was brought on to bowl with the score at 12-3 in the tenth over of the match.

Bowling to Kane Williamson, currently the No.3 Test batter in the world, Potts got his fifth ball of the over to nip away from the right-hander who was well caught by a diving Ben Foakes behind the stumps.

And it was just the start of a dream morning for the 23-year-old debutant who would go on to claim the wickets of Daryl Mitchell and Tom Blundell, both clean bowled.

Potts finished the morning with figures of 8-4-8-3 after a dream-like spell that announced his arrival on the international stage.

Potts was selected for England after a fantastic start to the domestic season where he has taken 35 wickets in the County Championship at an average of 18.57 for Durham, making him the leading wicket-taker in the competition.

The stuff dreams are made of!