Jake Lintott: ‘The Jamie Vardy Of Cricket’ Who’s Turning Heads Around The Globe 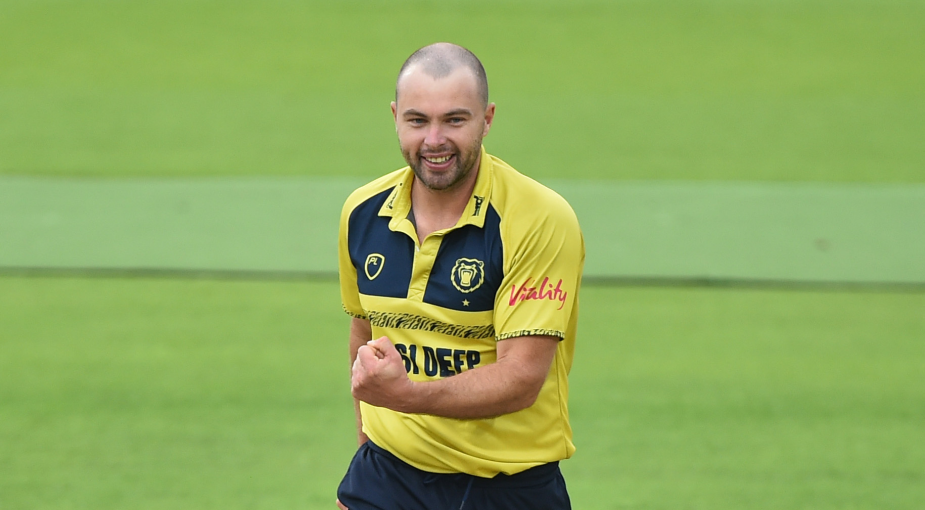 Jake Lintott broke onto the scene in 2020 when his left-arm wrist spinners were seen as a novelty for the Birmingham Bears. Now, they are an institution.

Lintott is the leading spinner so far in this year’s Vitality Blast, with 13 wickets in six matches at an average of just 11.76.

It is a continuation of an excellent few seasons for Lintott, whose overall record for Birmingham in the Blast has seen him take 38 wickets at an average of 17.00 with an economy of 6.87. Such has been the rapid rate of Lintott’s rise that he only signed his first full time professional contract as a cricketer last year when he was 27 with his Bears teammate Carlos Brathwaite describing him as “the Jamie Vardy of cricket.”

Lintott’s standout performance so far this season was his 4-27 against Leicestershire, however arguably his most important outing for the Bears was against Notts, where in a rain-reduced eight over game that Birmingham won by just one run, Lintott bowled two overs 2-6 in a game where the overall run rate was above 12.

The left-arm wrist spinner first played for Birmingham Bears in 2020 having previously made a handful of appearances for Gloucestershire and Hampshire in 2017 and 2018. Until last year, Lintott balanced his cricket commitments with his job as head of cricket at Queen’s College Taunton.

Lintott then backed up his performances in 2020 the following Blast season, where he earned himself a wildcard deal with the Southern Brave for the Hundred. A competition where he finished as leading wicket-taker among English spinners as his side won the inaugural edition of the tournament.

His consistent domestic T20 performances have also earned the attention of franchises across the world, as Lintott was picked up by the Barbados Royals for the 2021 CPL as well as by Fortune Barishal for the 2022 Bangladesh Premier League.

Quiz: Every Men's Player With Over 250 ODI Appearances