Hardik Pandya was back to his marauding self when back in the Indian team as a finisher during the first T20I versus South Africa in Delhi. After playing the anchor role during the IPL 2022, the Gujarat Titans skipper hammered 31 runs from 12 balls (strike rate of 258) providing the finishing touches along with Rishabh Pant (29 off 16) to take India to a massive total of 211.

Pandya walloped 3 sixes and 2 fours in his outing tonight. One incident though got everyone raising their eyebrows with a surprise when Pandya denied a single to Dinesh Karthik, who was in surreal form as a finisher in the IPL 2022.

On the penultimate ball of India’s innings, Hardik dug a yorker from Nortje straight to the deep mid-wicket fielder. There was an easy single to be taken, but Pandya denied it to Dinesh Karthik, who had faced just two balls in the innings and scored a single.

The belief from Pandya may have been that he’s got his eye in and was hitting well – he had just hit Nortje for a six on the previous ball and fancied himself to do it again. However, he could manage only two runs on the last ball.

Ashish Nehra, the Gujarat Titans head coach and now speaking as a guest on Cricbuzz, joked that Pandya should have taken the single as it was Karthik on the other end and not Nehra himself! This got the laughter in the discussion room.

“He should have taken a single before the last ball. It was Dinesh Karthik at the other end, not me,” joked Nehra on Cricbuzz. 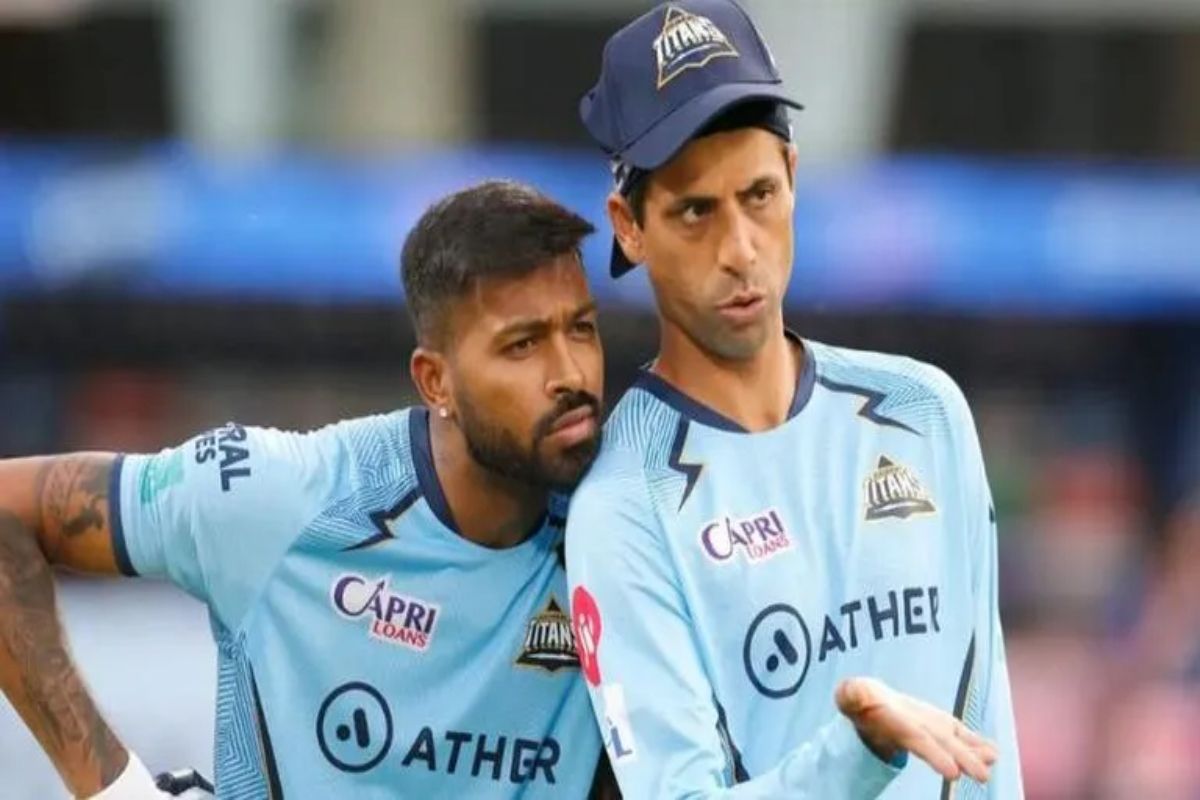 Hardik is back in his old role tonight: Ashish Nehra

Nonetheless, Nehra was effusive in praise for Pandya whose fireworks were highly entertaining and delightful to watch after he played largely as a subdued anchor throughout the IPL.

“Hardik Pandya is someone who can play all kinds of roles. He has got every type of batting up his sleeve. We have seen him performing in Tests and ODIs as well. With his batting ability, he can perhaps bat at any position… be it No.3 or 4 spot. He was captain for Gujarat and contributed with the ball as well. It was a different role.

“Before that, he wasn’t bowling much and was batting down the order. He is back in his old role tonight… but he has got the ability to pull off any role with ease,” Nehra added.