Ishan Kishan took his opportunity with both hands and made a stunning statement as he blasted 76 runs from 48 balls in the first T20I versus South Africa, on a tricky Delhi pitch, and set up the platform for the late hitting by Rishabh Pant and Hardik Pandya.

Kishan came into this game on the back of an IPL season when he was criticised for his lack of intent – or at least for his strike rate despite ending up as Mumbai Indians’ highest run-scorer of the season while the team languishing at the bottom of the table. 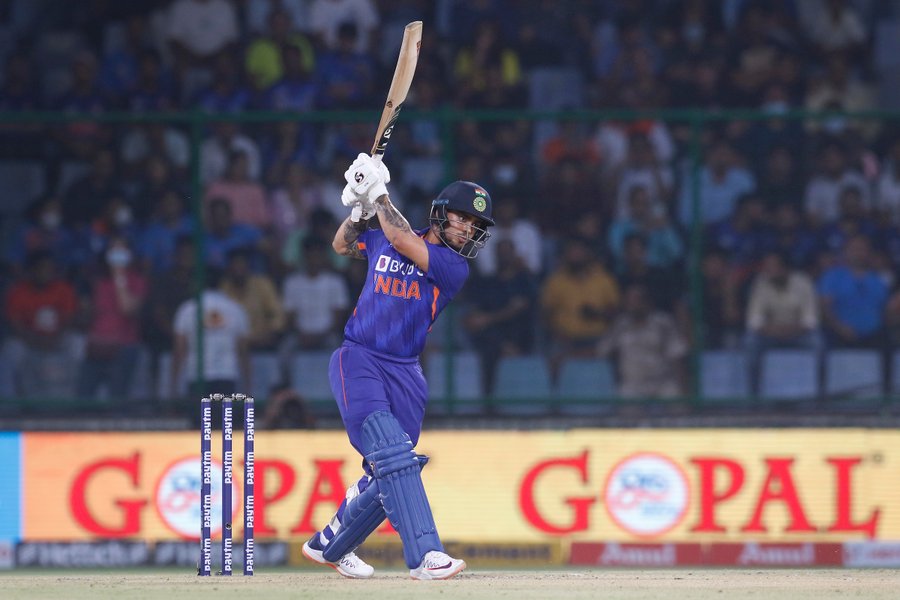 Kishan finished the IPL 2022 with 418 runs with three half-centuries – but his strike of 120 rightly got him a lot of flak; more so, when the likes of Rahul Tripathi and Sanju Samson, both of whom had a much better strike rate and overall season, than Kishan, were excluded from India’s squad but the left-hander got the backing from the selectors and the management as they view him as a backup opener.

He didn’t get going today as well – not from the middle of the bat though as Keshav Maharaj troubled him in the first over with the ball turning. However, Kishan got off with a couple of streaky fours. Another edged four off Rabada and then facing five straight dot balls to Parnell was bogging Kishan down as he scrapped for 18 runs off 19 balls.

The sixth over, from Anrich Nortje, brought him some respite as he creamed couple of fours to end the powerplay on a high, and then carried the momentum into the middle-overs taking on Pretorius and Parnell for three boundaries.

While bringing up his half-century of 37 balls, on either side of a successful review, Kishan tore in Maharaj, clattering the spinner for three sixes and two fours. Maharaj had the last laugh though as Kishan couldn’t get under a full ball properly and holed out to long-on.

But a spectacular innings of 76 runs in 48 balls, which included 11 fours and 3 sixes, got a standing ovation from the Delhi crowd and the Indian dressing room.

And so on social media, where fans were entertained thoroughly and expressed themselves.

Here are the best Twitter reactions to Ishan Kishan’s blitzkrieg:

Ishan Kishan departs after a magnificent 76 in 48 balls. An absolute thunderous knock by Kishan, started slowly but raised the bar quickly. One of the best knock by Kishan!

Ishan Kishan was trolled mercilessly during IPL 2022 but has wonderfully returned back to form in Blue. The ‘Pocket Dynamo’ is back️ pic.twitter.com/CdWar26heK

Well played, Ishan Kishan – 76 runs from 48 balls including 11 fours and 3 sixes – started the series on a high. pic.twitter.com/LnveSkAg3N

Your Apology Should be as Louder as Your Disrespect Was .
KING ISHAN KISHAN pic.twitter.com/P9m71bbBsN

Finally, the real ISHAN KISHAN is back 🇮🇳🤞

What A Knock Ishan Kishan Proud Of You pic.twitter.com/uhrLepCyVH