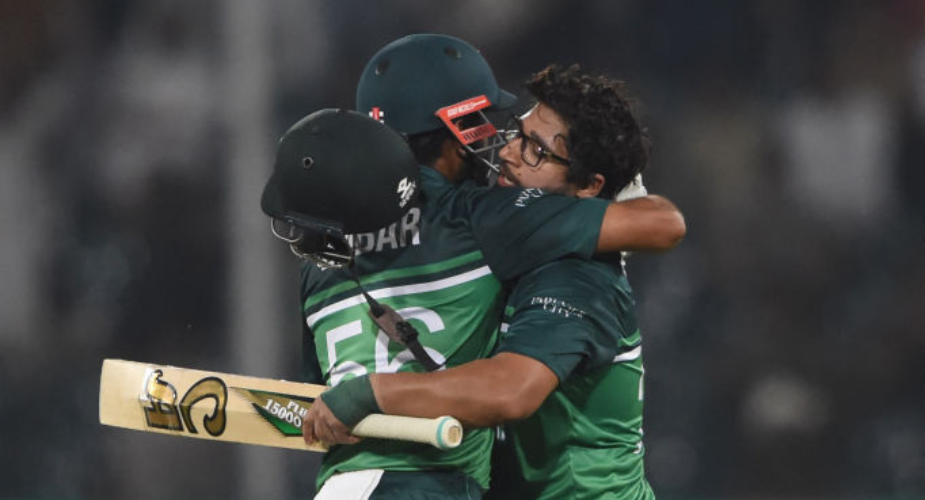 Babar Azam and Imam-ul-Haq might just be the most consistent batting pair in world cricket, and we’re not complaining.

The aesthetic batting of Babar is beautifully complemented by the flair that Imam brings to the crease, with the duo pitting up numbers to compare favourably with any of modern cricket’s great batting partnerships. Such is their coordination that the left-hander’s run-out during the second ODI against West Indies after the Pakistan skipper was caught ball-watching left viewers in disbelief, having grown accustomed to their undeniable coordination and sync ever since the two first batted with each other in 2017 against Sri Lanka.

While the two have batted with ease in Test cricket as well – they have batted together four times, with one century stand- their partnership in the 50-over format is what has caught the eye.

Imam and Babar started off with a partnership of 66 in the very first ODI they batted together and went on to notch up four more consecutive fifty-plus stands, including a partnership of 154 for the second wicket in 2018 against Afghanistan. They were unable to get going in their next two games, with stands of 1 and 0, but bounced back as they piled on 94, 132 and 94 runs together in the next three matches. In the 20 innings they have batted together since, Babar and Imam have not registered even a single single-digit stand, putting on century stands seven times, and falling four more times with their partnership in the 90s.

Their 120-run partnership in the second ODI against Windies was their fourth consecutive hundred-run stand in the format and the seventh time in a row that they have made more than 90 runs while batting together.

It has taken their overall partnership tally to 2,101 runs in 27 innings, with 18 fifty-plus scores together at an average of 80.80. No other ODI batting pair in the history of men’s cricket has scored more runs at a better average. They are already the tenth-most successful batting pair from Pakistan, needing 1,981 runs more to overtake Inzamam-ul-Haq and Mohammad Yousuf’s tally of 4,082 runs in first place, and are one of only 13 pairs in the world to have made 2,000 or more runs for the second wicket in ODIs.

Since 18 October 2017, when the duo first batted together, only two more pairs have scored 2,000 runs for any wicket in ODIs – England’s Jonny Bairstow and Jason Roy and India’s Shikhar Dhawan and Rohit Sharma. The Pakistan duo have accumulated the second-most runs together in this period and also have the second-most fifty-plus stands together, both only next to the English pair. Their average of 80.80 is the second-best in this phase among all pairs who have batted in at least 20 innings together, with the list being led by Rohit and Virat Kohli. However, Imam and Babar manage to overtake the Indians when it comes to making the most runs for the second wicket since October 2017, being the only pair in the world to score more than 2,000 runs in this interim.

Babar and Imam have not always had the best platform when they got together in an ODI. In 16 of their 27 stands, the first wicket had been felled for less than 30, which left the two talented players to build a foundation from scratch. Eleven out of the 16 times when they walked out with a low score on the board, they put together 50-plus runs for the second wicket, including sharing nine 90-plus stands. Pakistan have won six of the ten completed matches when Imam and Babar stitched together a partnership of at least fifty after the loss of an early wicket, indicating the impact the two have had on the ODI set-up of late.

Overall, Babar and Imam average 91.23 together when Pakistan have won a game, the second-best in the history of the game among pairs who have scored at least 1,000 runs in a victory. The two have a relatively small sample size to be truly called a great batting pair, but if they continue the way they are going, they will get there in no time, and Pakistan cricket will be all the better for it.