Suresh Raina Shared A Motivating Message For Rishabh Pant: The much-awaited 5-match T20I series between India and South Africa didn’t start on a great note for the Men in Blue as they suffered a 7-wicket defeat by the visitors.

David Miller (64* off 31) and Rassie van der Dussen (75* off 46) were the stars of the game for the Proteas as they wreaked havoc with the bat and chased down the challenging score on the board.

The match started with Temba Bavuma calling it right at the toss and inviting Pant and his men to bat first. Ishan Kishan gave a flying start to the team as he smashed 76 off 48 deliveries before being undone by Keshav Maharaj. While Shreyas Iyer (36 off 27) and Rishabh Pant (29 off 16) also played crucial knocks in the middle, it was Hardik Pandya who concluded India’s innings in style with his quickfire unbeaten knock of 31 runs off 12. 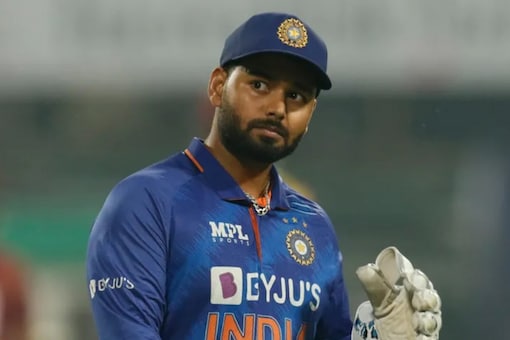 However, the Indian bowlers struggled badly when Van der Dussen (75* off 46) and Miller (64* off 31) started smashing them to all the corners of the ground. The duo left no stone unturned to bring victory for their side in the opening game and wrapped up the game with five balls to spare. Harshal Patel, Axar Patel, and Bhuvneshwar Kumar picked one wicket each for India.

Meanwhile, former Indian cricketer Suresh Raina took to his Twitter and shared a beautiful message for the stand-in captain Rishabh Pant, who became the second-youngest cricketer to lead the Indian cricket team in T20I.

In his Tweet, while he congratulated Rishabh Pant for achieving the feat, he also wished the Indian side all the luck for the next game. He wrote:

After the game, during the post-match presentation, Rishabh Pant expressed his thoughts on India’s defeat. He said:

“We had enough on the board, but I think we were a little off with the execution. But sometimes you got to give credit to the opposition. Miller and RvD batted well. Slower balls were working when we batted, but the wicket got better in the second innings. Mostly we executed our plans (to Miller) but the wicket got better and better. We were very happy with the total but next time we are in a similar situation we will do better.”

IND vs SA: Rishabh Pant Got Trolled For Not Using Yuzvendra Chahal Properly