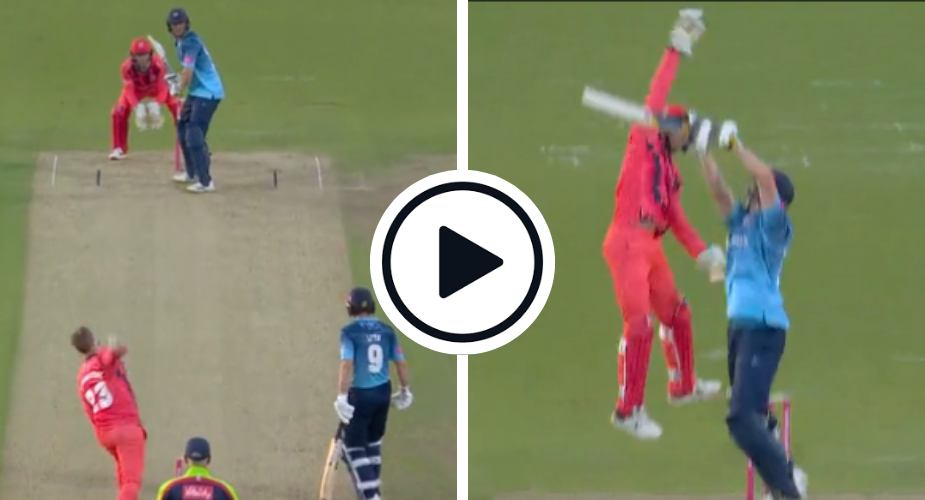 Watch: Liam Livingstone tried a novel innovation in the T20 Blast, bowling a bouncer in a clash between Yorkshire Vikings and Lancashire Lightning, but conceded six no-balls as the short ball went awry.

Livingstone has been in stellar form in the last few months. He was one of the best performers in the 2022 edition of the Indian Premier League, in which he made 437 runs with a strike rate of over 182 and also picked up six wickets for Punjab Kings. The England star has continued his run in the T20 Blast as well, where he plays for Lancashire Lightning, especially with the ball, scalping six wickets in as many games before the encounter against Yorkshire Vikings.

However, things did not go in his favour on Wednesday with either bat or ball. He was dismissed for two off six balls in his team’s total of 213-5 and then struggled with the ball, giving away 40 runs in his quota of four overs.

His third over summed up his day perfectly. The first two balls of the ninth over of the innings went for two runs before Tom Kohler-Cadmore smashed Livingstone for a six off the third delivery. Livingstone, a spin who mixes off-spin and leg-spin, tried to make a comeback into the contest and sent down a surprise bouncer, but it ended up way above the reach of the striker and went for a four despite the best efforts of the wicketkeeper who jumped to his fullest in an attempt to stop the ball.

With every no-ball resulting in two extra runs in the T20 Blast, Livingstone conceded a total of six runs and had to bowl the delivery again. The over went for 18 runs.

Lancashire, however, held their nerves and won the game by four runs, restricting their rivals to 209-8.

A bouncer from Liam Livingstone!

The Need For Smeed: Going Full Throttle On The T20 Highway