Mumbai Indians might have endured a disastrous season in Indian Premier League 2022 but young all-rounder Dewald Brevis made everyone feel his presence in his debut season in the IPL. The 19-year-old, who was roped in for ₹3 crores in the mega auction earlier this year, impressed one and all with his fiery cameos during the recently-concluded season. He scored 161 runs in the seven games he played for the five-time champions. 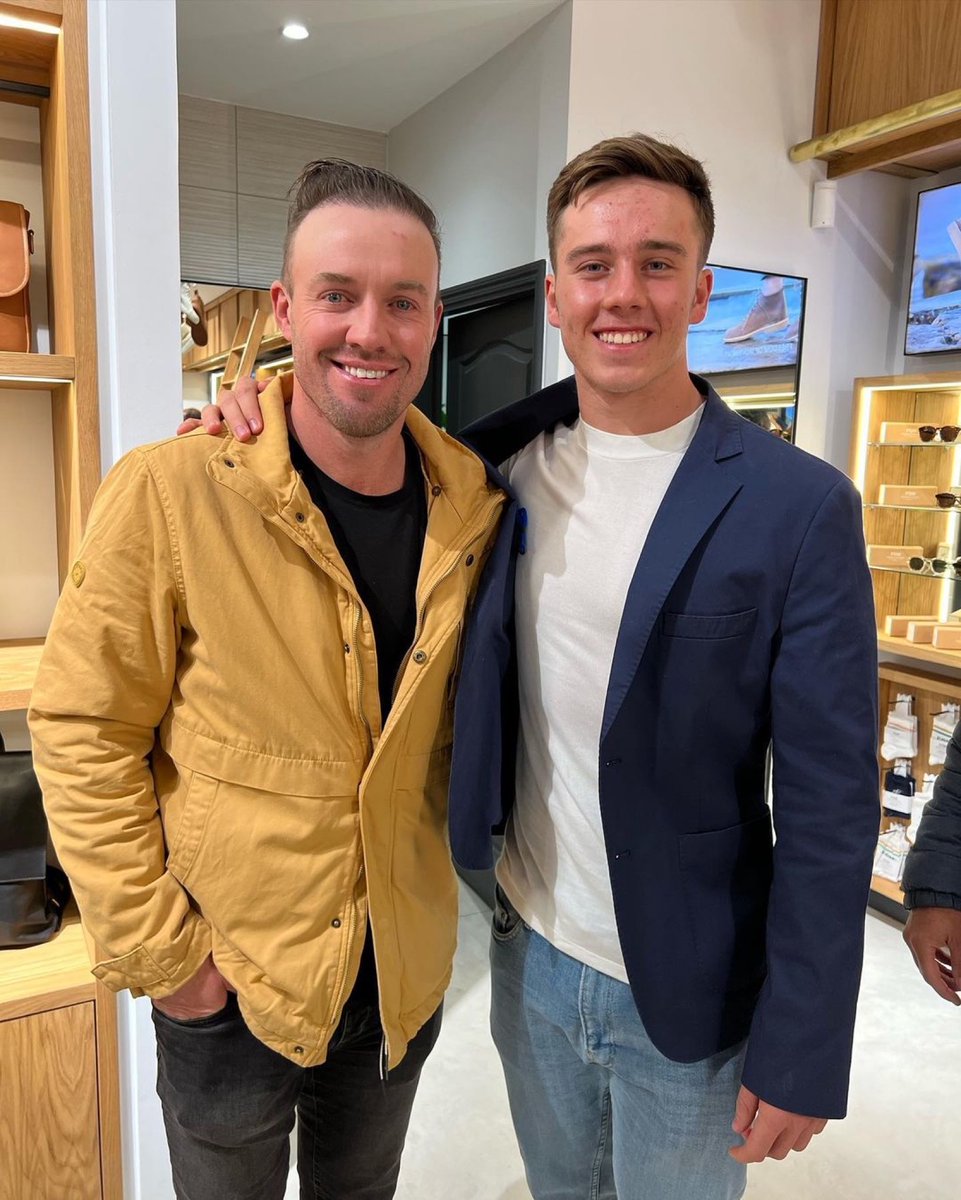 Dewald Brevis is popularly known as ‘Baby AB’ because of the resemblances in the batting styles of the youngster and AB de Villiers. Earlier, before coming to the IPL 2022, Brevis was the leading run-getter in the ICC tournament, scoring 506 runs in six matches at an average of 84.33. ith the ball, he dismissed 7 batsmen in 6 matches. All thanks to his terrific performance and batting style, fans hail him as the next AB de Villiers.

Recently, Dewald Brevis broke the internet as he shared a million-dollar picture with the legend himself. Baby AB, who has now returned to SA, took to his social media and gave a treat to his fans as he shared a picture alongside his idol de Villers. Sharing the picture on his official Instagram account, Brevis wrote:

“What a special evening,”

Earlier, during an interaction with Tilak Varma in the IPL 2022, Baby AB revealed how the South African batting icon has played a big role in his career so far. He had said:

“Yes look, you’re always growing up idolising him, really watch him on TV or next to the field. Ya, I have met him before a few times, met him at my school, he also attended the same school. So, just to get to know him, he is such a great human being and to learn from him he gives more pieces of advice and he is really one of the best. Having him as a mentor is special to me,”

He added: “He’s played a big role, it’s a special relationship. He teaches me small things that help me a lot. It’s about my mindset, and the way to play the game & tells me to keep it simple with thinking about the game and also with small technical things which he helps me a lot with. Playing with aggression is important but also to just keep calm in certain situations and to now see how next game goes.”

In another interview, he revealed how he was allowed to wear jersey no.17 by de Villiers. He had revealed:

“He wore the number 17 jersey. I just looked up to that. Then I asked AB if I can carry that number 17 on my back and then he said “You’re welcome”. So it’s a big honour for me to wear that jersey.”