IND vs SA: After dominating the entire home season where they didn’t lose a single game before the IPL 2022, India have now faltered twice in consecutive matches – albeit not having the big guns – to South Africa, first in Delhi and now in Cuttack.

While in Delhi, India had posted a gigantic total of 211 but failed to defend it to the staggering partnership of David Miller and Rassie van der Dussen – it was the class, power, and elite timing of Heinrich Klaasen that stole the show in Cuttack.

Klaasen, who came in the side in place of the injured Quinton de Kock, has now all but sealed his spot for the next games as well as he plundered 81 runs off 46 balls (strike rate 176) on a tacky surface. His innings was laced with 7 well-struck boundaries and 5 towering sixes, helping the Proteas chase down a below-par target of 149 with 4 wickets in hand and 10 balls to spare.

Rishabh Pant, after the loss, said that India were “10-15 runs short”, largely because of their slowness in the middle overs. Following Ruturaj Gaikwad’s early dismissal, Kishan blasted 34 runs off 21 balls while Shreyas Iyer scored 40 off 35 balls to lay the platform for the finishers to provide a late flourish in the end as in the last game.

However, Pant, Hardik Pandya, and Axar Patel all three fell for a combined 24 runs, leaving Dinesh Karthik to hang by in the innings until the last over when he hit a couple of sixes to give the bowlers something to fight for. 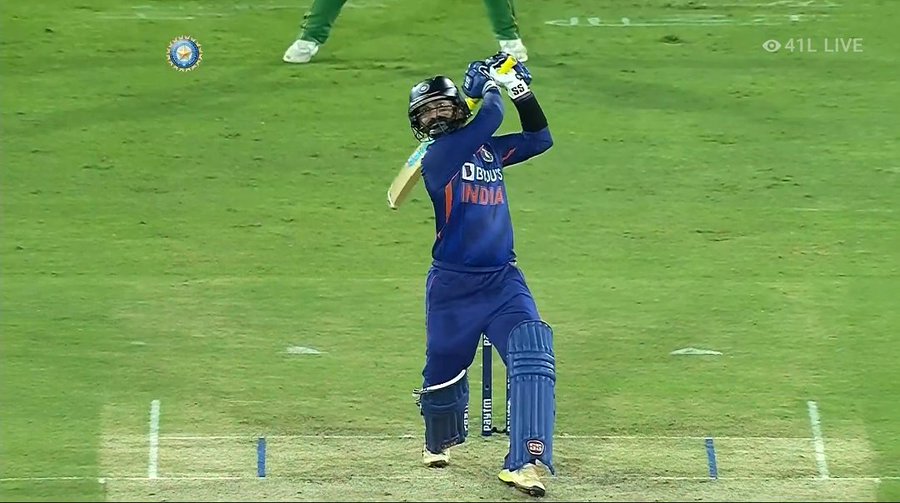 Fight is what Bhuvneshwar Kumar did as the senior paceman found swing and seam movement and dismissed three South African batters – Reeza Hendricks, Dwaine Pretorius, and Rassie van der Dussen – inside the powerplay to give India a desired start.

However, other bowlers couldn’t capitalize on Bhuvneshwar’s good work and were blown away by the onslaught from Heinrich Klaasen who marched South Africa to the victory with no discomfort.

India, who now have a gigantic task at hand to win the next game which is in Visakhapatnam, were trolled heavily for their second loss in a row. Fans expressed their frustrations through memes as they trolled the home team heavily; Rishabh Pant, too, faced the wrath of netizens for his ordinary captaincy.

Here are the 10 best memes from India’s defeat in Cuttack:

#INDvSA #India
when someone says we have a star studded squad
me: pic.twitter.com/qyA9O24nVm

Winning bilateral series isn’t as easy as this duo made it look 🥺#INDvSA pic.twitter.com/1OE7qd764H

Pant is probably one of those captains who come prepared with “DK will not come out before 16 overs,” “Bhuvi will bowl three upfront, the other as late as possible,” etc, and stick to them irrespective of what happens.

After the great #captaincy of#RishabhPant
I looked at @BCCI ,, pic.twitter.com/mcGeqGlUTi

What David Miller can do, Klaasen can do too, and adds tax. Here for it. #INDvSA pic.twitter.com/LllTvLgS0K

Rishabh Pant calling Himself back from Captaincy pic.twitter.com/rL9jtumrAJ