IND vs SA: Rishabh Pant Made A Big Statement After 4-Wicket Defeat In 2nd T20I

Rishabh Pant led Indian cricket team lost the game by 4 wickets against South Africa National Cricket Team in the second T20I of the five-match T20I series at the Barabati Stadium, Cuttack on Sunday, June 12. With this win, South Africa take a 2-0 lead in the five-match series.

As the game kickstarted, Proteas skipper Temba Bavuma won the toss and elected to bowl first. Batters Ruturaj Gaikwad, Rishabh Pant, and Hardik Pandya failed to play good innings, leading to team India’s collapse but Shreyas Iyer and Dinesh Karthik came to India’s rescue with their amazing cameos. Iyer top-scored for the side as he scored 40 runs off 35 balls, including 2 fours and 2 sixes. 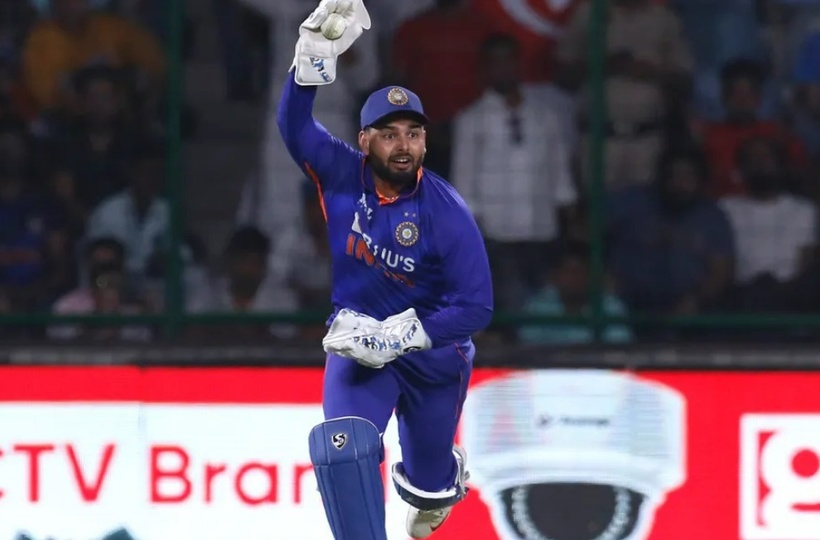 Later, while defending the target, the bowlers once again let the hosts down. Bhuvneshwar Kumar dismissed Reeza Hendricks, Dwaine Pretorius, and Rassie van der Dussen for low scores within the powerplay.

But after that, Temba Bavuma and Heinrich Klaasen joined hands and added 64-runs in middle-overs. In the end, Heinrich Klaasen played a sensational knock of 81 runs off 46 balls, smashing 7 fours and 5 sixes. David Miller also played a cameo of 20 runs to help South Africa win the game.

Later, after the game, during the post-match presentation ceremony, Rishabh Pant talked about team India’s performance and said that they were 10-15 runs short. Pant backed his bowlers but also highlighted the flaws. He said:

“We were 10-15 runs short. Bhuvi and the fast bowlers bowled well in the first 7-8 overs. But after that we weren’t up to the mark. In the second half we needed wickets, but we couldn’t get those wickets.”

Rishabh Pant further appreciated Heinrich Klaasen and Temba Bavuma for their batting performance on a tricky surface. He said:

“They (Klaasen and Bavuma) actually batted really well. We could have bowled better, hope we improve in the next game. We need to win all the remaining three games now.”

Also Read: Dinesh Karthik Wants To Read The Mind Of This Player If He Gets A Superpower