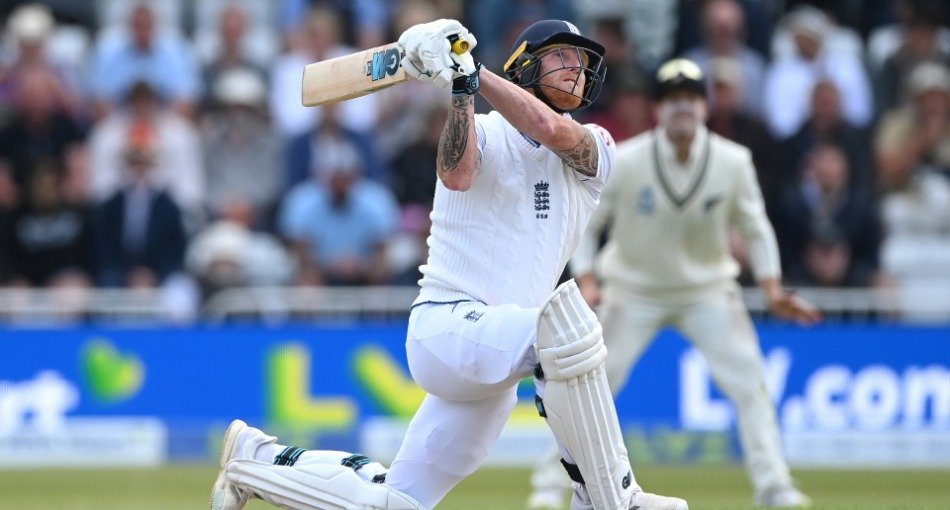 Watch: Ben Stokes hit Kyle Jamieson back over his head for six during an exhilarating innings of 46 off 33 balls at Trent Bridge.

The England captain came to the crease with Joe Root well settled and England in a strong position on 344-4, albeit still trailing New Zealand by 209 runs. Batting on a true surface accompanied by a rapid outfield, Stokes quickly imposed himself on the New Zealand attack, charging down the wicket to hit Tim Southee over extra cover for four.

The best shot of his innings came later, when he charged at the first ball of Kyle Jamieson’s new spell and deposited the ball back over his head for a majestic six. Stokes’ attacking mindset delighted the crowd as he hit six fours and two sixes in a hard-hitting knock.

However, having threatened to really blow the match open, the left-hander tried to hit off-spinner Michael Bracewell for six over the long deep mid-wicket boundary, and only managed to find the hands of Trent Boult.

With England still trailing by 138 runs and with 13 runs already scored that over, it was one arguably a risk not worth taking.