Wisden’s Team Of The T20 Blast So Far 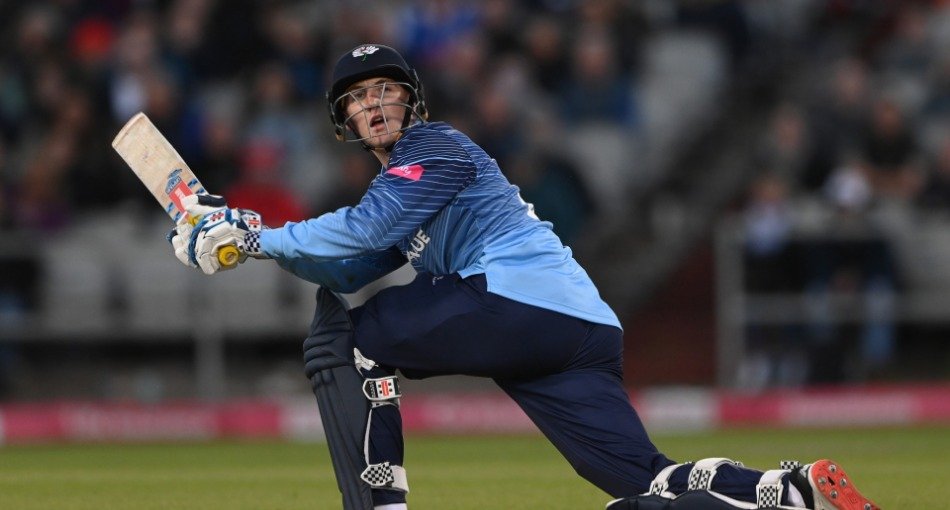 As the T20 Blast takes a short break f0r the resumption of the County Championship, here is Wisden‘s team of the Blast so far.

This team contains a blend of young English batting talent and overseas white-ball specialists, all of whom have lit up the Blast this summer.

While counties are only allowed to field two overseas players in the Blast, we have included four in this XI.

Australian opener Lynn has been in explosive form for Northants. He smashed nine sixes on his way to113 not out off 57 balls against Worcestershire in his most recent match, and he sits nearly 100 runs clear at the top of the run-scoring charts. Opening the batting alongside Ben Curran, Lynn has played a key role in setting up big totals for the Steelbacks when batting first. The 32-year-old was released by Brisbane Heat earlier this year, and he is currently without a Big Bash contract for the 2022/23 season.

Sussex’s new signing Tom Alsop has been striking at an impressive 168.92. The left-hander has played an important role in a mixed season for the Sharks, who lie in sixth place in the South Group.

Alongside Lynn, Rossouw has been the stand-out batter in the tournament. His strike rate of 191.02 is the highest of any batter to have scored more than 200 runs and his average of 59.60. His 81 not out against Kent in the first match of the season was crucial in securing an opening win for his team, and Rossouw has remained a consistent performer ever since.

The in-form English batter in domestic cricket this summer, Brook has had a big impact in the five matches he’s played for Yorkshire Vikings in the T20 Blast. His 60 off 27 balls helped his side to a seven-wicket victory over Worcestershire in May, and despite falling off the last ball of the match against Lancashire, his 72 did help his side get a tie in what was a thrilling Roses match at Old Trafford.

Coming off the back of a superb IPL, Tim David has continued to clear the boundary for Lancashire in the Blast. His 32-ball 66 against Yorkshire propelled his side to 213-5 off their twenty overs, and set up a narrow four-run victory. David’s penchant for hitting sixes has come to the fore in 2022; he’s hit 19 so far in this year’s Blast.

Having lit up The Hundred for Birmingham Phoenix last year, Benjamin has got off to a strong start in the Blast. The South African-born batter played a crucial knock of 68 not out to guide his team to a five-wicket victory over Durham at the end of May, and his unbeaten 43 against Derbyshire was another vital innings when chasing.

Curran has returned from injury in fine form for Surrey. He was the star of the show against Hampshire at the Oval, smashing 69 off 38 balls with the bat before taking 5-30 with the ball. Curran also took 4-14 against Gloucestershire – he’s been a crucial part of a Surrey side that remain unbeaten.

The leading wicket-taker in this year’s competition, Payne has the best average of any bowler to take eight or more wickets in this year’s Blast. The left armer’s economy rate is also impressive, and he has played an important role in a number of Gloucestershire victories; his 4-15 against Kent helped his team defend a total of 116.

Much like Payne, Lancashire’s Gleeson has been tight while taking plenty of wickets in this year’s Blast. His 5-33 against Worcestershire was a match-winning display, helping Lancashire to a 12-run victory.

The Aussie quick has had a big impact in the five matches he’s played for Durham. The 35-year-old was signed as a replacement for the injured Ashton Turner, and took 3-27 in his first match against Worcestershire at the start of June. A veteran of the Big Bash, Tye also took a three-for to help Durham to a tight two-wicket victory against Lancashire.

The leading spinner in this year’s Blast, left-arm wrist-spinner has an excellent record in the competition as a whole; he has 38 wickets at an average of 17 in his Blast career. His most eye-catching performance for the Bears this season came against Leicestershire, but his 4-27 ultimately came in defeat. His 2-6 in the rain-affected match against Notts was crucial to winning a game that went down to the final ball.