Marks Out Of 10: Player Ratings For Pakistan After 3-0 ODI Series Win Over West Indies 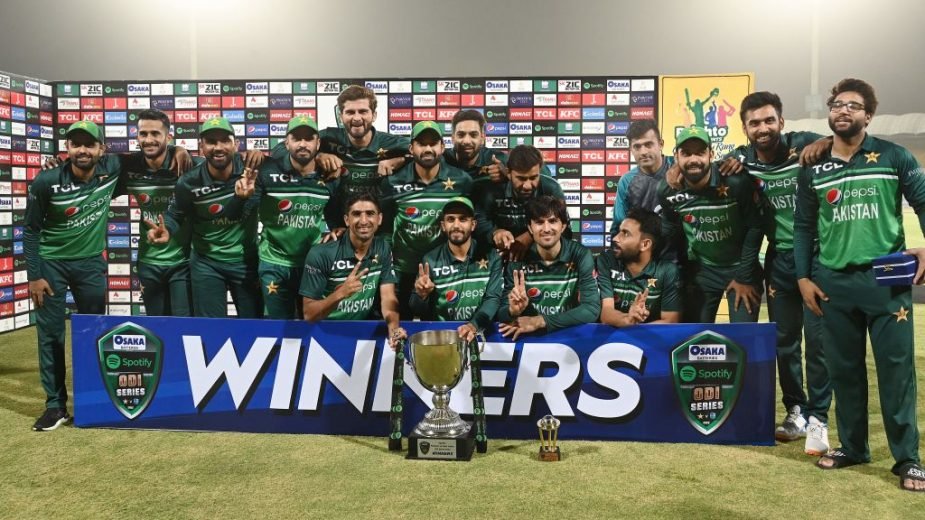 Following Pakistan‘s 3-0 ODI series win over the West Indies, we rate the performances of the hosts out of 10.

The left-hander is on an incredible run of form in the 50-over arena – his half-century in the final ODI was his seventh consecutive 50+ score in the format. Unsurprisingly, he was named Player of the Series.

While Imam thrived, Fakhar failed to show off his usual pyrotechnics at the other end, striking at just 65.62. He did still contribute 35 in an opening stand worth 85 in the final ODI.

Babar continues to display his dominance in this format, with his average after 89 ODIs now sitting at an astonishing 59.22. He opened the series with a match-winning century, and a knock of 77 in the second ODI was his ninth consecutive 50+ score in international cricket.

Rizwan’s 61-ball 59 helped Pakistan pull of a chase of 306 in the series opener, though his dismissal in the 45th over did leave Pakistan in a shaky state. He struggled thereafter; his ODI record continues to trail in comparison to his feats in the other two formats.

A very difficult first series for Haris in a Pakistan shirt. He perished for a second-ball duck to Nicholas Pooran in the finale.

Khushdil played the finishing role to perfection in the first ODI, rescuing Pakistan with an unbeaten 41 off just 23 balls. His 22 in the next match was less explosive but he played another crucial hand in the third ODI, putting on 84 with Shadab Khan after a middle-order collapse.

A fine return to ODIs for the leg-spinning all-rounder. He hit his highest score in international cricket in the last match, with his 78-ball 86 taking Pakistan to a competitive total. He then took four wickets to derail West Indies’ chase, finishing as the joint highest wicket-taker in the series.

The left-arm spinner delivered a masterful display in the second ODI, running through four of West Indies’ top six while barely conceding; he finished with 4-19 from 10 overs.

Shaheen continued his happy knack of a taking a wicket in the first over, landing the big wicket of Shai Hope in the second ODI, but this was overall a quiet series.

Dahani took the new ball on ODI debut and celebrated the wicket of Kyle Mayers inside his second over to get his account up and running.

Expensive in the first ODI, Hassan returned for the final match to take Hope’s wicket and the one which sealed a 3-0 series win.

Haris couldn’t stop the runs leaking – he went at more than seven an over across his two matches – but he at least managed to nab a four-for in the series opener.

Moeen Ali Has Nothing To Prove