Watch: Joe Root Reverse-Scoops Tim Southee For Six From His Second Ball Of The Day 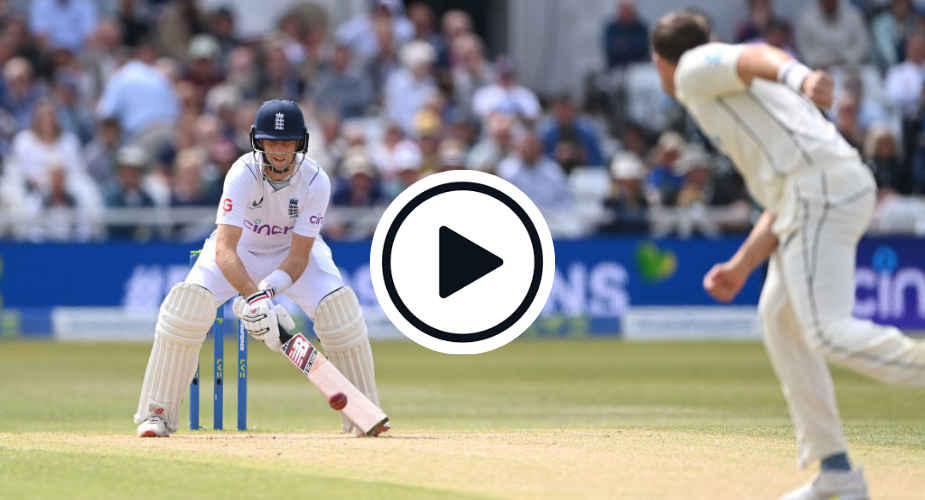 Watch: Joe Root hit an audacious reverse-scoop for a six in the third over of the fourth day’s play of the second Test against New Zealand.

Resuming his innings on 163 after reaching his fastest Test hundred on the third day, Root started off with similar intent on day four, smashing the second ball that he faced for an outrageous six. The former England captain picked out the first ball of the 117th over of the innings, bowled by Tim Southee, whacking the delivery over third man for a maximum, much to the disbelief of the on-air commentators.

Root notched up his 10th hundred since the start of 2021 in the second Test to help his team get close to New Zealand’s first innings total of 553. He was eventually dismissed for 176 by Trent Boult, nine balls after hitting the six. His innings also contained 26 fours. It was the England batter’s first six of 2022 from 13 innings.

Joe Root has reverse scooped Tim Southee with his second ball of the day! My. Word.

Neither Aggers nor Alastair Cook know what to say!

The post Watch: Joe Root reverse-scoops Tim Southee for six from his second ball of the day appeared first on Wisden.

Brad Hogg names the ‘most valuable T20 cricketer’ in the world