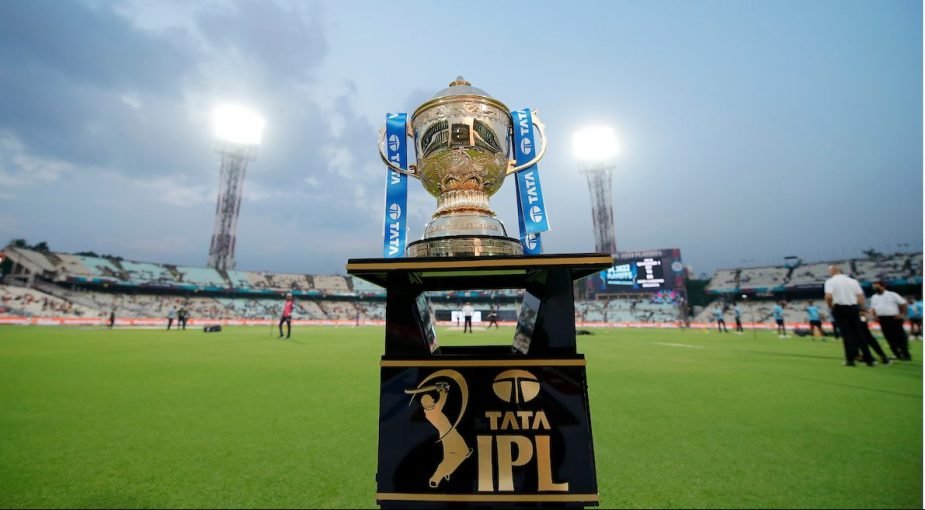 A day after the Indian rupee succumbed to an all-time low against the US dollar, the Indian Premier League turned a new leaf with a historic media rights deal, elevating its status further among the biggest sports leagues in the world.

Star India was the previous rights holder for the tournament, winning the bid in 2017 for a five-year cycle. At that time, the bid stood at INR 16,347.5 Crore (USD 2.5 billion). It was understood to be the biggest television rights deal in the game, with the five-year cycle ending in 2022.

To put things in context, the winning bid for the very first IPL, won by Sony Sports Network, stood at USD 67 million.

In March this year, BCCI invited tenders for the media rights from 2023 to 2027: with two new teams in the contest, and a bigger tournament window in sight from IPL 2023 onwards, it was widely expected that the new deal would truly break the bank.

How did the auction work?

An e-auction began on June 13 without a set deadline, with teams putting in incremental bids on an online platform. The value of the bids was a per-match figure, with the highest bid in each package clinching the deal.

What are packages? There were a total of four packages up for grabs: Package A constituted TV rights in India, Package B digital rights in the subcontinent, Package C was for a special set of matches (including the playoffs), and Package D was rights outside the Indian subcontinent. The number of ‘special matches’ will be determined later, based on the number of fixtures next year.

The cumulative base price stood at INR 32,500 crore.

A number of key players were in the race, including Zee Group, Sony Sports, and Disney Star. Amazon was also reportedly in the race, before making a late pull-out.

After a two-day tussle, Disney Star retained the TV rights for the Indian subcontinent, with the winning bid standing at INR 23,575 crore. It is to be noted that The Walt Disney Company acquired 21st Century Fox in 2017, including Star India.

The digital rights in India went to another media bigwig, Viacom18. The media rights (TV and digital) for Australia, New Zealand, and South Africa also belong to them. Viacom18 is owned by Mukesh Ambani, currently the world’s seventh-richest man according to the Forbes live tracker, and also the owner of Mumbai Indians, the most successful team in the tournament. The winning bid stood at INR 23,758 crore.

Times Internet earned the rights for media coverage in the Middle East (INR 205 crore) and the USA (INR 258 crore – figures according to ESPNcricinfo).

The combined value of the media rights stood at INR 48,390 crore, which is approximately USD 6.2 billion. The per-match value amounts to USD 15.1 million.

In terms of per-match value, the numbers are behind only the NFL (National Football League), having already overtaken English Premier League’s value (USD 11.23 million) on day one of the auction.

The giddy heights that the IPL media rights have reached is a reflection of how big the tournament has become over the last 15 seasons, in terms of popularity and revenue. According to BCCI secretary Jay Shah, the next cycle (for five years) will have 410 games, with 74 matches each in the first two seasons, 84 in the subsequent two, and 94 in 2027. According to Shah, the IPL will have a two-and-a-half-month window in the ICC FTP, shrugging off murmurs around dipping TV viewership numbers, and questions over the length of the tournament.

The behemoth that is IPL will only get bigger from here.

Watch: Ben Stokes, On One, Comes Down The Track And Smashes Tim Southee For Glorious Six Over Long-Off