There Is Method And Logic Behind The Stokes-McCullum Madness 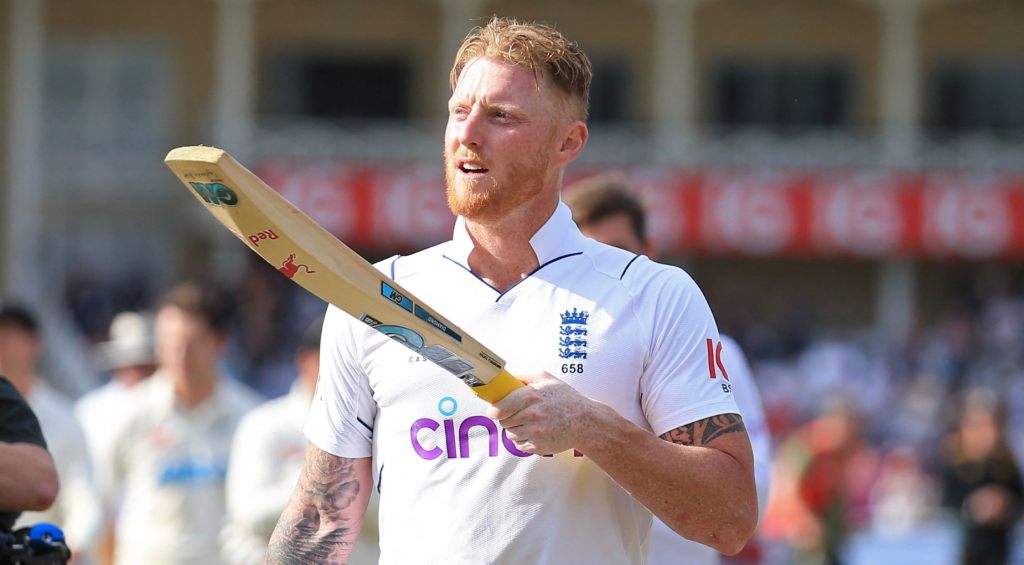 It’s unlikely that Test cricket has seen many hours in its 145-year history quite like the first after the tea interval on the final day at Trent Bridge. The numbers are scarcely believable. 133 runs in 60 minutes and a target of 160 in a session chased down with 22 overs to spare. A Test that raced along for four and a half days accelerated into a climax that surpassed any expectation.

At the heart of it was Jonny Bairstow. A man with a decent claim to being the greatest ODI opener of all time launched a stunning assault, hitting seven sixes in that manic hour after tea. His Test career has been frustratingly turbulent but it’s abundantly clear that he’s a player who thrives when on the front foot; 11 of his 20 international hundreds have come a strike rate better than 100 and more than half of his nine Test hundreds have been struck at a rate higher than 65. Part of what has made Bairstow such a devastating ODI opener is how he can send good balls to (and over) the fence, and he did that in abundance today. It was fearless batsmanship.

Before tea, Stokes and Bairstow were ticking along at a decent rate but were relatively restrained. After the break, they obliterated everything in front of them. The seam triumvirate of Tim Southee, Trent Boult and Matt Henry were dealt with dismissively while Michael Bracewell was treated like a spinner who averages closer to 60 than 30 in first-class cricket. But this wasn’t thoughtless aggression; there was clearly a plan to attack at the moment they did.

From the moment the assault was launched there was a weird inevitability to how it would conclude, despite England’s recent wretched run, and despite them being, with Matt Potts at No.8, only two wickets from disaster. This side contains players who seize the big moments. Stokes and Bairstow are World Cup winners, after all. It’s a team that wins more close games than it loses.

After the game Bairstow spoke of stripping back his game and mentioned some advice Stokes gave him during his knock: “Don’t even think about hitting trying to hit one down. Hit it into the stands.” It is tempting to attribute England’s recent rejuvenation solely to Brendon McCullum’s ability to embolden players to express themselves and play their natural games. And that has made a difference. Look at the how two of the sides’ least established players in Alex Lees and Ben Foakes have batted this series as an example; there is a tangible benefit to the more positive dressing room environment.

But England’s two wins are down to more than just good vibes. There is calculation behind the aggression, method behind the mask of madness. After conceding 553, England’s only route to victory was to go big with the bat but, crucially, to do so quickly. The nature of Stokes’ first innings 33-ball 46 was criticised in some quarters for how aggressive it was at a relatively early stage, with England trailing by over 200 runs when he came to the crease. But it was England’s most logical path to engineering a positive result.

Three of Stokes’ four innings this summer have seen him go incredibly hard, and it would be easy to conclude that his game – and thus his side’s philosophy – is now solely about all out aggression, but there has been sound logic behind all three innings. In the Lord’s run chase, England wanted to finish the game before New Zealand bowled with the second new ball. In the first innings at Nottingham, he accelerated a game that was in danger of losing its life and in the second innings here, he picked his moments – it wasn’t thoughtless.

With the players England have, was securing a draw in the fourth innings – as England attempted to do twice at Lord’s in similar circumstances last year, once successfully and once unsuccessfully – really more likely than chasing a target at little more than four runs per over? This is a line-up that is inclined to attack, and with a fragile and lengthy tail, batting time is fraught with danger. England got to their target with 22 overs remaining. The decision to go for it would have been justified, even if they had failed.

In the upcoming issue of Wisden Cricket Monthly, Lawrence Booth writes: “McCullum has begun a four-year stint not with the aim of telling Alex Lees where his off stump is, or of urging Stuart Broad to pitch it up a little more when conditions allow, but with a broader, almost philosophical, brief: to un-England England.”

If he succeeds, he will not only un-England the England team, but also English cricket and its followers. Longtime supporters of English cricket are not used to this. McCullum is taking English cricket on a journey, showing what is possible if you live a little and strip playing the game back to its fundamental objective – how can we win this match? But within the attitude adjustment there is still an important place for logic. This win wouldn’t have been possible without it.

Jonny Bairstow And The Innings Of Our Dreams