How Can India Combat England’s Bazball At Edgbaston? 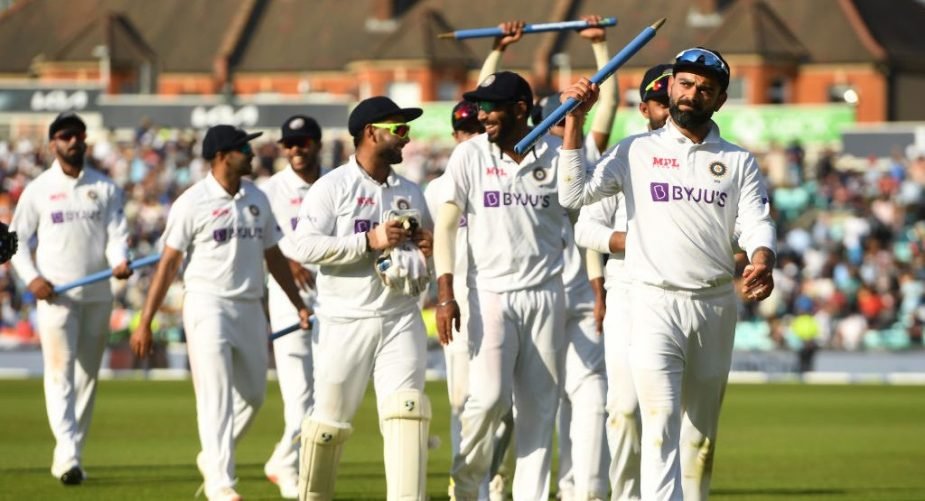 England’s new-found no-holds-barred style approach in Test cricket will pose a challenge for India who are 2-1 ahead in the series. Rohit Sankar outlines how Rahul Dravid’s men can combat ‘Bazball’.

Ruthless. It’s a word Joe Root highlighted at the end of the fourth Test at the Kia Oval last year when India took a 2-1 series lead. “We’ve got to be a bit more ruthless,” Root said at the post-match press conference, referring to their inability to make the most of their big first innings lead and to the collapse they suffered in the fourth innings while chasing 368.

From 100-0, England lost their way after lunch on day five, losing four wickets for six runs inside six overs. It effectively sealed the fate of the run chase, and possibly even the series had it continued to the fifth Test given the momentum India snatched with that win.

Nearly 10 months later, the series scoreline is still of course 2-1, but it’s no longer 2-1 advantage India. Under Brendon McCullum, England have embodied the word ‘ruthless’, exhibiting a completely revamped style of Test match cricket. The highlight of the 3-0 Test series win over the World Test Champions, New Zealand, wasn’t just the fact that England successfully chased above 250 three times in a row, but the ease with which they did so. The scoring rate of 5.44 and 5.98 in the fourth innings in the wins at Nottingham and Leeds are the highest in successful run chases of above 250 in Test history.

India aren’t as well prepared for this final Test as they would have been had it been played last year. They have lost a Test series in South Africa, seen a change in captaincy and management, and have injury and availability concerns in the camp. But Bazball is prone to risk, as McCullum himself admits.

“We’ve seen it with the England white-ball stuff – there have been times where they’ve probably pushed too hard, and then they know. I think it’ll be the same with us, and we’ve got to keep exploring what that line is,” McCullum said ahead of the Edgbaston Test. It’s this line that India will aim to exploit. The traditional risk-reward trade-off ensures India are in with a chance despite England’s recent success against New Zealand, but they will probably need to prepare themselves for it, and make the right strategic moves ahead of the Test.

Two spinners the way to go?

India’s insistence on playing a fourth quick in England last year meant that Ravichandran Ashwin played no part in the series. In 2022, Ashwin might just be the counterpunch to BazBall India need. He is no Michael Bracewell and England will know it too; the demons of playing him on some of those subcontinental dustbowls might be playing on at least some of those batters’ heads. England have only two left-handers in the top seven – Ben Stokes and Alex Lees – but Ashwin holds a massive edge over a vital cog in the Bazball, the skipper himself.

Ashwin has dismissed Stokes 11 times in Test cricket and 15 times overall in international cricket. If India want to contain England’s attacking batting, subduing their captain is a good place to start. And as arguable as it might appear, Stokes, and not Bairstow, is the key. Get to Stokes and India have an avenue to pile pressure on Bairstow. Ashwin, who is phenomenal against left-handers and has also turned into a much-improved version of himself in SENA (South Africa, England, New Zealand, and Australia) countries, is a crucial player India need to back, even at the cost of it affecting the team balance ever so slightly.

Approaching England with two spinners wouldn’t be the worst idea either especially given Jadeja’s batting potential and the fact that Edgbaston has seen turn in the last few years. Since 2018, Edgbaston has seen three Tests with spinners averaging 28.1 (the best of any ground in England in this period). The ground has also seen some high scores in the County Championship of late – including a successful run-chase of 329 in the latest fixture – and tying down England with spinners of high quality may not be the worst plan, especially given that India’s fourth seamer options, Shardul Thakur or Prasidh Krishna, are prone to leaking runs.

Truth be told, if Rohit Sharma were playing, India have the resources to play Bazball themselves. Shubman Gill, Rishabh Pant and Ravindra Jadeja are natural strikers of the ball while Virat Kohli is more than capable of performing the Joe Root role in the line-up. Since 2018 in Tests in SENA countries, India have made 300 or more eight times in their first innings and have gone on to lose only one of those eight Tests, winning six times. They have lost all but three of the 11 Tests when making less than 250. Overall, though, their scoring rate is just below three runs per over in their first batting innings, and it’s fair to say they have done reasonably well in this period in SENA countries.

Looking to bat long and build first innings totals at a sedate pace have reaped rewards for India in SENA in the recent past and there’s no real reason for them to change that approach. But with a maverick like Pant in the middle-order, they could gamble attacking in phases to transfer pressure onto the hosts.

The refreshing strategy to make first-class cricket “sexier” is in vogue going by an entertaining week in the County Championship in England and Niroshan Dickwella and Australia’s approach in Galle. However, India’s trusted method has given them unprecedented success on foreign soil and while they might be far rustier than their counterparts, it’s still a hardened unit up against a novel, risky idea that’s just three Tests old. Why fix something that’s not really broken?