David Warner needed just 4 balls to quash off the run chase of the target of 5 runs against Sri Lanka as Australia go 1-0 up in Galle, and it was all smile on the left-hander’s face as he clubbed a six to clean up the meagre target.

However, not too long ago, Warner himself was wailing in pain while his teammates were laughing when he had been hit on his crotch with a flying bail! 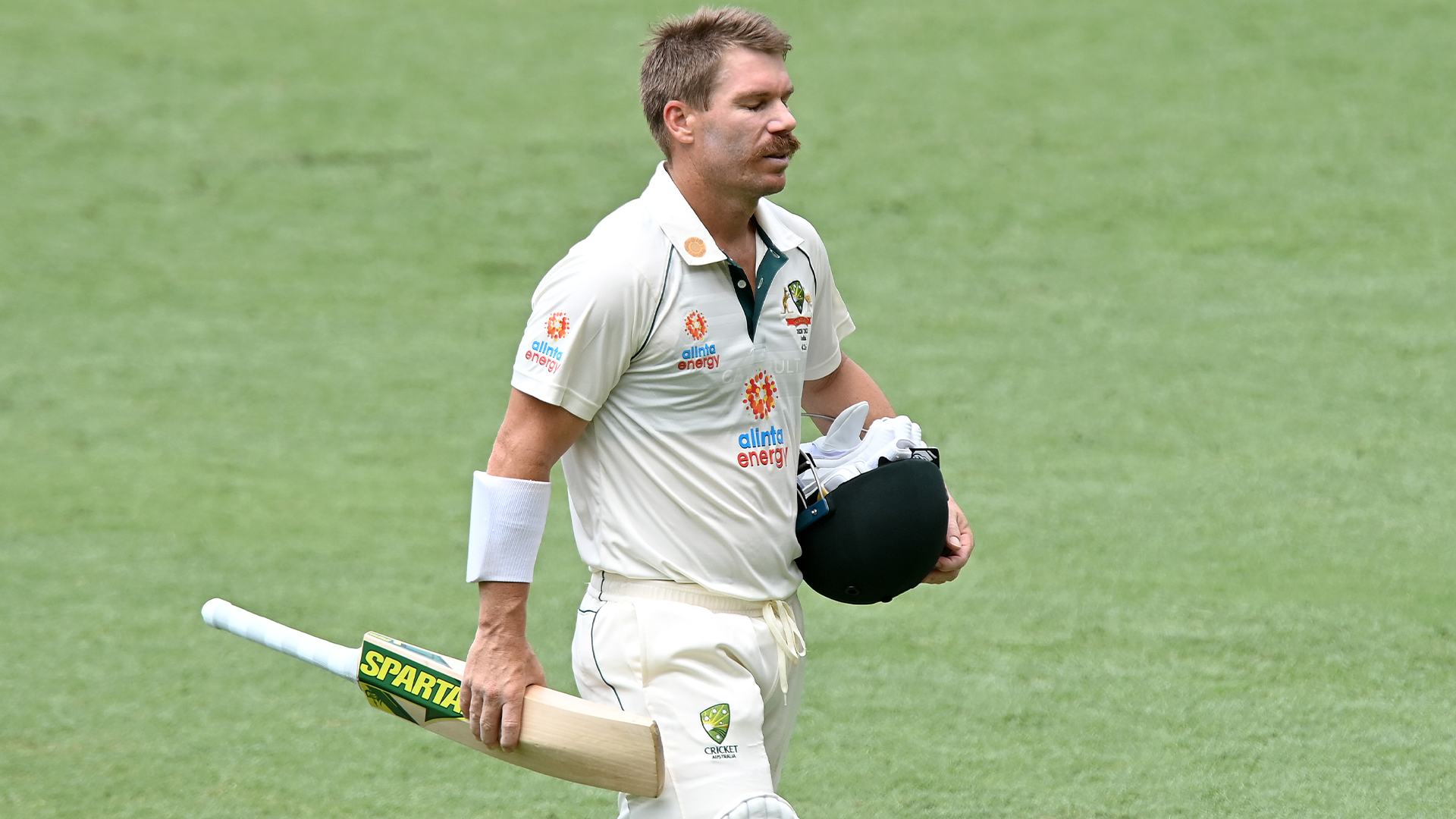 In the 23rd over of Sri Lanka’s second innings, off-spinner Travis Head turned one big into right-hander Jeffrey Vandersay and the batter was beaten on the inside edge. The ball clipped the bail of the leg-stump and Head had his third of the innings.

However, standing at the leg slip, David Warner hadn’t noticed that the bail had fallen and went to catch the ball off the deflection. As Warner got his hands on the ball, he was hit by the leg bail that was flying and projected straight into Warner’s groin region and he fell down to the ground. The cameras then showed Warner wincing in pain holding his crotch while Travis Head and Marnus Labuschagne smiled.

You can watch this hilarious video here:

After Australia had wrapped up the game and the presentations were done, Warner was quick to get on Twitter and react to this incident.

His teammate Marnus Labsuchagne also poked fun at the opener, writing, “(laughing emojis) how are we feeling @davidwarner31.”

Meanwhile, Cameron Green was named the Player of the Match for his brilliant knock of 77 runs off 109 balls that helped Australia take a big lead of 109 runs after a time when it had looked that Australia will only come near to Sri Lanka’s first innings total of 212.

The hosts bundled like nine pins in their second innings, with Aussie spinners running riot and bowled them out for 113. Nathan Lyon and Travis Head picked four wickets each in Lanka’s second innings while Mitchell Swepson bagged a brace.