Rishabh Pant was to India’s rescue once again as his counter-attacking half-century helped the visitors breathe a sigh of relief after the England seamers had knocked over half of the batting for less than 100 in the ongoing Edgbaston Test.

Pant came to the crease when India were reeling at the score of 64/3 which then slipped to 98/5 and in were standing Pant and Jadeja, the last recognized batting pair with the mercurial Shardul Thakur to follow and three number 11s after that.

This partnership is what India’s hopes hinge on. They didn’t disappoint as two southpaws have kept them alive by Tea on Day 1 – with an unbeaten stand of 76 runs in 101 balls. 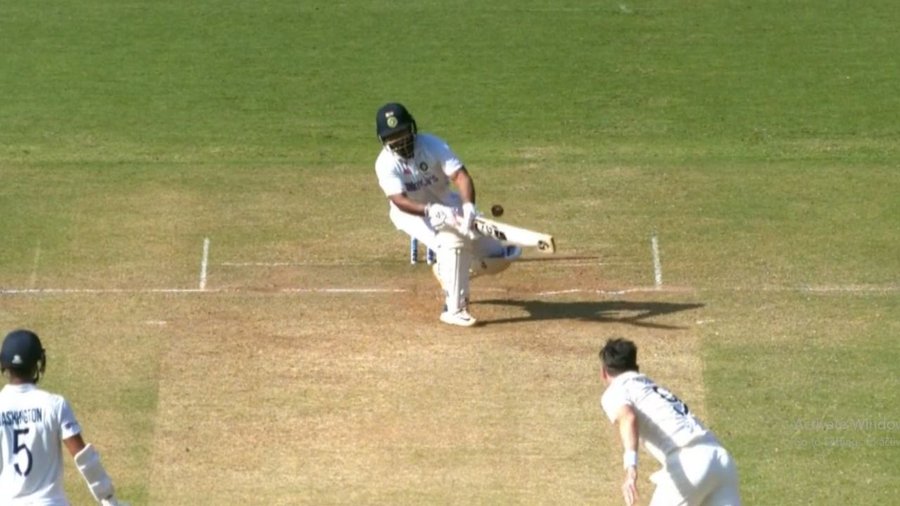 Pant took 15 balls to show the first signs of his attacking instincts. A slash – not a wild one – down the track to Anderson got Pant his first four followed by a punch boundary off Broad. After that, he regularly sent the ball to the boundary line and, turned the tide of pressure back on the England bowlers when he tore into Jack Leach.

Leach had already been slapped down the ground by Jadeja, and now Pant whacked him for 4, 4, and 6, making India’s intentions clear that they want to throw Leach out of attack while willing to risk their wickets. And they had the perfect man in Pant to do that job.

Not too long after that, Pant whipped Leach for another four to raise his half-century off 51 balls.

Twitterverse hailed Pant for his special knock today. However, one bold tweet came from renowned commentator Harsha Bhogle, who went on to acclaim the 24-year-old left-hander as India’s best Test match batsman on current form!

Well, stats do back Bhogle’s assertion: since the start of the Australia tour in 2020, Pant is the leading Test run-scorer among Indian batsmen and has 10 fifty-plus scores, the most.

Also Read: Virat Kohli Is Getting Trolled Badly After Falling Cheaply In First Innings At Edgbaston