After reaching his century on Day 1 of the ongoing Edgbaston Test against England, Rishabh Pant looked a man relieved. Relieved of bailing his team out of the trouble it was in the first third of the day.

Head coach Rahul Dravid, though, was all pumped up. He displayed a rare show of emotion hardly showcased by the ever-calm and sedate Dravid. Perhaps it was because of the justification of his plan to promote Pant at number 5 in Test cricket, the vindication of trusting young Pant with the key role of building up an innings instead of having him batting at number 6 or 7 to spend time largely with the tailenders. 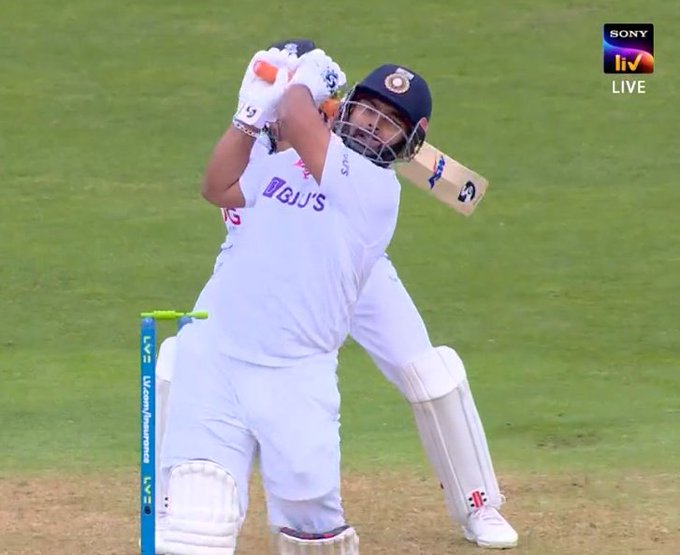 After pulling Stuart Broad to fine leg and sprinting back for his double to complete his century, Pant’s helmet went off and arms raised high, his head looked up in a calm movement.

In the Indian balcony, though, Dravid showed an opposite display of emotions. He was excited, happy of course, but so filled with energy that he put his hands up and screamed!

Rishabh Pant had made a century in his debut series, in England back in 2018. He now has 2 hundreds in England, one each in Australia and South Africa. All other Indian wicket-keepers combined have three centuries outside India!

Rishab Pant had come in when India were in trouble at 64/3, which then slipped to 98/5. He then launched a counter-attack on the English bowlers and got great support in Ravindra Jadeja who held his end tightly as Pant caused havoc.

He brought up his half-century off 51 balls and hundred off and century in 89 balls before Jadeja too raised his fifty. Pant then even more crazy as he clattered Jack Leach around in a 22-run over.