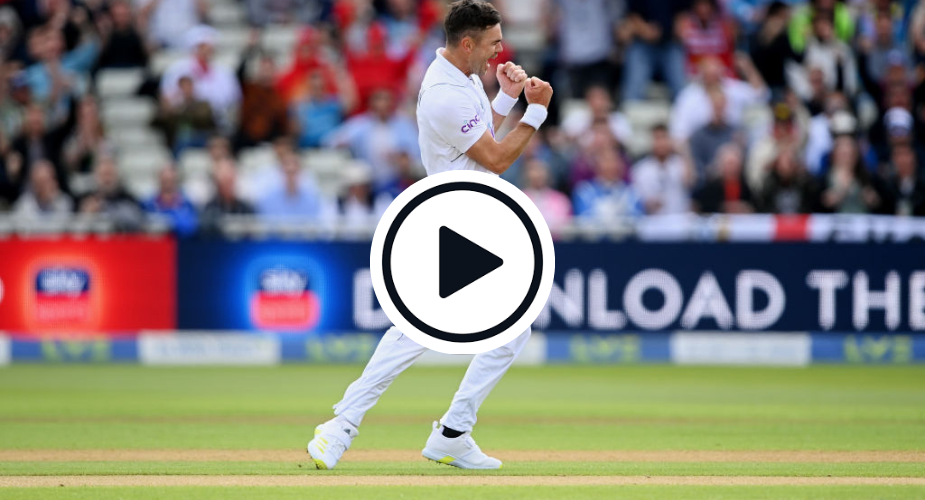 Watch: James Anderson was the star in the first session of the first day’s play against India at Edgbaston, scalping out both openers to give his side the early advantage.

Anderson has had a rollercoaster 2022, having been dropped for the Test tour to the West Indies after picking up eight wickets in three matches in the Ashes in Australia. However, he made a return to the side for the home series against New Zealand, where he claimed 11 scalps in two games before being ruled out of the third Test due injury.

Anderson reclaimed his place in the XI after being deemed fit for the fifth Test against India, and showed his class once again with a sensational spell of bowling in the morning session. He first struck in the seventh over of the innings, taking out Shubman Gill, who had done well to score 17 with the help of four fours till then. The second delivery of the over angled in close to the off-stump before moving away, tempting the batter to have a go. He ended up edging to the second slip, as India lost their first wicket of the game.

The veteran returned to dismiss Cheteshwar Pujara a few overs later. The batter tried to defend a good length ball around the off stump but the extra bounce on offer meant it caught the shoulder of his blade before flying to Zak Crawley at second slip. Pujara, who was opening the innings following the absence of KL Rahul and Rohit Sharma, had to walk back for 13 after a 46-ball stay at the crease, as India lost the first two wickets for 46 runs.

Jimmy is back with a