Most Runs In An Over: The Five Most Expensive Overs In Test Cricket 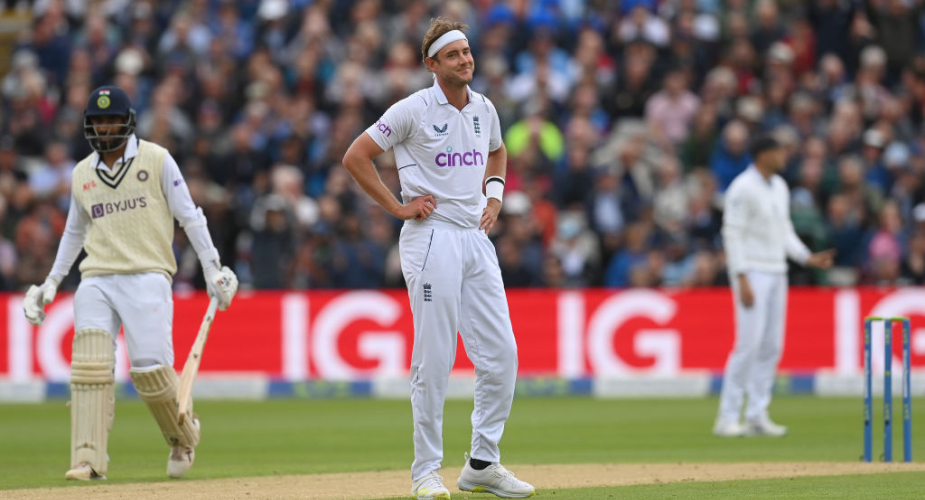 Stuart Broad now has the unwanted record of bowling the most expensive over in both T20I and Test cricket, after giving 35 runs to Jasprit Bumrah in the fifth match between England and India.

Broad, who was also at the receiving end when Yuvraj Singh smashed him for six sixes in as many deliveries in the 2007 T20 World Cup, conceded 35 runs off his over, with Bumrah hitting 29 of them off his bat.

We take a look at the five most expensive overs in Test cricket.

The eight-ball over saw Bumrah score 29 runs off the bat, with another six coming in extras. With India at 377-9 in the first innings, England were looking to bowl out the visitors quickly at Edgbaston, but no one would have expected what followed. Broad, one of the most successful quick bowlers in Test history, started off with a four , following it with five wides. Bumrah smashed the next ball, also a no-ball, for a huge six, and then went on to hit three more boundaries before ending with another six to long leg. The last ball fetched one run, as the 84th over of the innings became the first over ever in Tests to go for more than 30 runs.

South Africa had West Indies on the mat, after scoring 561 in their first innings and reducing the visitors to 278-5. The only positive from the West Indies was the form of Brian Lara, who went on to score a fine 202 in an innings where the next high was 60. Despite the fall of the wickets at the other end, the left-hander played his natural game, and took the aggressive route in the 120th over of the innings, bowled by Peterson. He started off by hitting one four, which was followed by two sixes, and then ended the over with three more boundaries down the ground. The over went for 28 runs and was single-handedly the most expensive one ever till George Bailey scored as many and equalled it in 2013.

Bailey, playing just his third Test, took on the experience of Anderson at the WACA, smashing him for 28 runs in the last over of the team’s second innings. With Australia looking for quick runs, Bailey unleashed an assault on the quick, smashing the first two balls for ten runs with the help of a four and a six. After a flick for a double, he hit another boundary, before launching two big sixes to push England’s target to over 500.

The then-England captain, who had earlier picked up four wickets in the innings, was taken to the cleaners by Maharaj, who scored the second-most runs in an over in Test cricket in the 82nd over of his team’s second innings. The over started with a hat-trick of fours before the Proteas spinner took the aerial route, hitting two sixes. The last ball, a bye that went for another boundary, took the tally to 28 runs in the over.

One of the fiercest hitters of the ball, Pakistan’s Afridi was at his very best against India in the Lahore Test in 2006, running away to 103 in only 80 balls, with seven fours and as many sixes. The highlight of his innings, which allowed the hosts to score 679-7d was his onslaught on Harbhajan in the first innings. Batting on 63 at the time, Shahid bludgeoned four successive sixes off the India spinner before running two and then completing the over with a single to score 27 runs in six balls. It remains the most expensive over by any Indian in Test cricket.

Quiz! Name The Fast Bowlers With The Most Men's Test Wickets Since 2015