‘This is BazBall, India Style’ – Jasprit Bumrah Smashes Stuart Broad For The Most Expensive Over In Test history 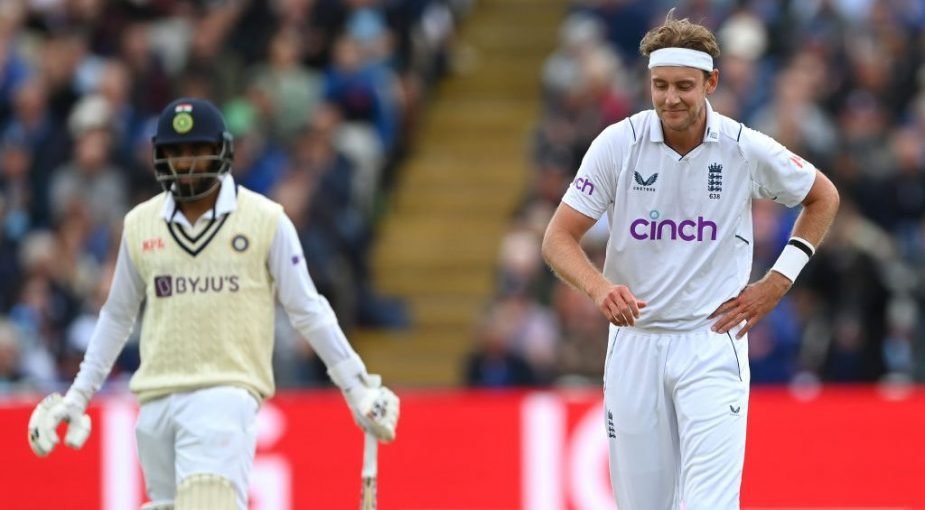 Stuart Broad was on the receiving end of the most expensive over in Test history, conceding 35 runs to India’s No.10 Jasprit Bumrah during day two of the 2022 Edgbaston Test.

When Broad began the 84th over of the innings, India were at 377-9, with Bumrah joined by No.11 Mohammed Siraj after centurion Ravindra Jadeja’s departure. Over the next six balls (and two extra deliveries), India collected 35 runs, sending Broad to the top of the list of Test cricket’s most expensive overs. Bumrah, India’s stand-in skipper, hit four fours and two sixes during an incredible onslaught, helped along by five wides and a no-ball that was top-edged for six behind the wicket.

With the 35-run over, Broad went past Robin Peterson, James Anderson and Joe Root’s joint-tally of 28 runs conceded in an over, against West Indies’ Brian Lara (2003), Australia’s George Bailey (2013) and South Africa’s Keshav Maharaj (2020) respectively. Bumrah now leads the list of most runs hit in a Test over, with 29 off the 35 runs going to his name.

Not long before, Broad had picked up his 550th Test wicket, closing in the gap between him and Glenn McGrath’s tally of 563 scalps. Anderson, his new-ball partner, ended with a five-wicket haul, the 32nd of his career, as India finished on 416.

Stuart Broad going for 35 runs in an over is certainly an exciting development to Baz-ball.

Stuart Broad becomes the first cricketer to concede 35+ in an over in international cricket twice.#ENGvIND

If Stuart Broad’s brain has a Nightmare box in it, then Jasprit Bumrah has just replaced Yuvraj Singh!#ENGvIND #BROADvBUMRAH

How can a bowler of Stuart Broad’s experience get this so wrong? #ENGvIND

Bumrah has accepted the Bazball era!

This is Bazball, Indian style! @Jaspritbumrah93 just created a world record for max runs in a single over! #ENGvIND