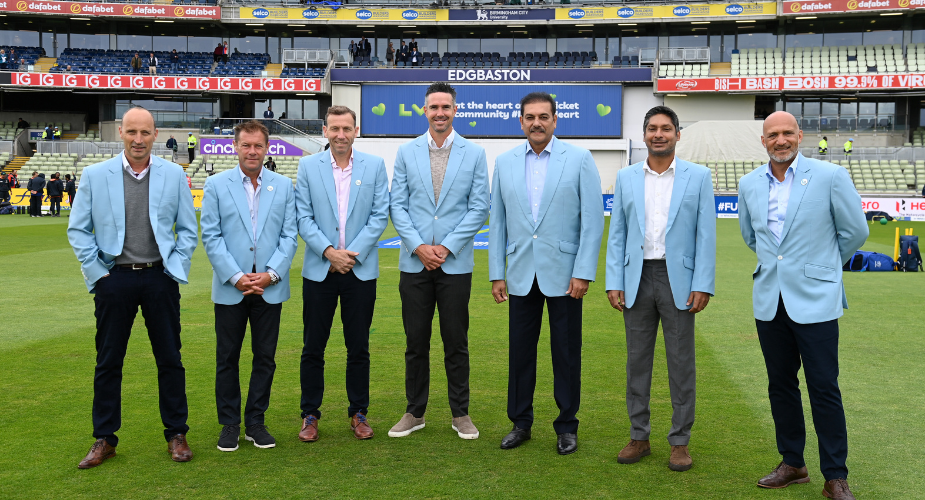 In a humorous moment, former India head coach Ravi Shastri was called out on air after cropping out former England captain Nasser Hussain of a photo of their commentary panel that was posted on Twitter.

Shastri’s tweet came out late on Saturday after the commentators had dressed up in blue blazers. Edgbaston turned blue to support the Bob Willis Foundation, a charity set after the passing away of the former England fast bowler. The commentators followed suit and lined up for a group photograph, which was shared by Ian Ward and Shastri. To everyone’s amusement, though, Shastri’s post didn’t include Hussain.

However, it was implied on Sky’s coverage that it was actually Kevin Pietersen who had cropped Hussain out of the photo that was later posted on social media by Shastri. Once it came to light, all of the commentators, including Hussain and Mark Butcher, had a laugh about it. Hussain, quite comically, remarked that he had been “cropped out of Ravi Shastri’s life, cancelled.” “You put your arm around me yesterday and said we are getting on well and that we’ve put everything behind us, obviously not,” Hussain went on to say. “He has tagged everyone here apart from me,” joked Hussain.

You can watch the entire video below:

“I’ve just been cropped out of Ravi Shastri’s life, cancelled!”

WATCH: Jasprit Bumrah takes a blinder to get rid of Ben Stokes on Day 3 of Edgbaston Test