Marks Out Of 10: India Player Ratings After Their Edgbaston Defeat To England 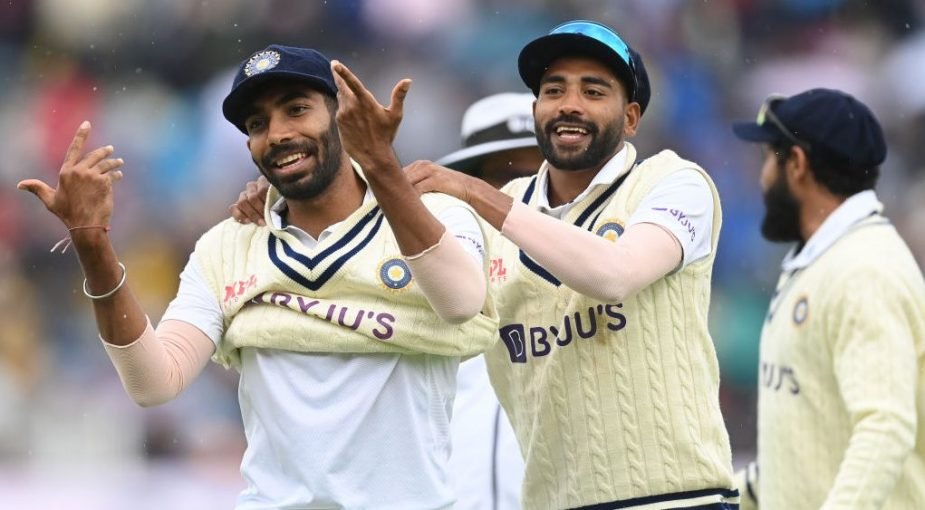 The Pataudi Trophy went England’s way after an astonishing chase levelled the series 2-2. With the fifth Test cleaved out from the rest of the series due to Covid-19, we hand out player ratings to the visitors based on their performance in the final game:

Playing his first Test in half a year, Gill struggled to get the sort of early rhythm that’s typically associated with his game. Both times, he fell to the James Anderson-Zak Crawley combination, trying to go hard at the ball. He’s now been dismissed four times in as many Tests by Anderson.

Bumped up the order to fill a Rohit Sharma-sized hole, Pujara hung around for over an hour in the first innings, but played a more significant role in the second one, combining with Rishabh Pant to put India in a commanding position at one point. Top-scoring with 66, he handed India a lead that they could make a game out of, but an uncharacteristic dismissal on day four gave England an opening to hammer through.

Often at the centre of debate for not being handed enough chances, Vihari succumbed after yet another pair of starts, and has now managed just one fifty-plus score in his last 10 innings. He did spend time at the crease – 150 minutes combined in both innings – but the lack of a substantial score only further puts pressure on Vihari to lose his spot in the middle order.

The long array of sub-par scores has only extended further. In the first innings, he chopped one on off Potts, and was sent back by a vicious Ben Stokes delivery in the second one. The starts look promising, but are yet to materialise into a big, match-defining score. By the time he plays another Test, he’ll have gone over 1,000 days without scoring a century.

The game might have see-sawed either way, but Pant played only one way, blitzing his way to his fifth Test century, and his third against England. Even with half the side back under 100, Pant hammered India out of a hole alongside Ravindra Jadeja, singling out Jack Leach for special treatment. In the second innings, he was typically brisk again, combining with Pujara to help India pile on a sizeable lead.

Earmarked as the future of India’s middle order, Iyer couldn’t get going in his first away Test. On both occasions, he fell to the short ball, and while it’s too early in his career to form a judgement, the manner of his dismissal in both innings clearly suggests that work needs to be put in on the technical front.

If it weren’t for Jadeja’s century in the first innings, India would have stumbled much further early in the game. The rearguard effort was a big reason why India crossed 400, setting the tone for the match with a calculated response alongside Pant. He barely bowled in the first innings, and was road-rolled over by Root and Bairstow in the second innings, ending the game wicketless.

There was little to celebrate for Thakur, apart from Stokes’ wicket off an extra delivery in the first innings. Part of the team as a third-change seamer who can prise out a surprise wicket, Thakur’s bowling proved to be largely flat and tame. His economy of 6.85 and 5.90 suggests the ease with which the batters operated against him.

Shami handed India crucial breakthroughs in the first innings, including the scalp of dangerman Jonny Bairstow, and kept a largely tight lid on things in England’s total of 284. In the second innings, though, he couldn’t create any impact, with Root and Bairstow’s carnage obliterating much of his good work.

Siraj picked up four wickets in the first innings, leading the charge alongside Bumrah, but was also expensive, going for nearly six runs an over. In the second innings, he looked even more rudderless, conceding close to 90 runs at a rate of six-and-a-half an over.

The result might not have gone his way, but captain Bumrah had a fine game on an individual level. It began with the 35-run over off Broad, where Bumrah gave the world a teaser of his batting chops, and extended to his dreamy spell late in the second day. A diving catch on day three to dismiss Ben Stokes made it look that Bumrah could do no wrong, but the game turned a different direction the following afternoon. He was the only Indian with wickets next to his name in the second innings.

Why The Third Innings, Not The Fourth Innings, Is Now The Hardest Time To Bat In Test Cricket