Mark Butcher On Babar And Rizwan: If They Don’t Trust The Guys Behind Them, Then It’s Difficult To Go Hell For Leather 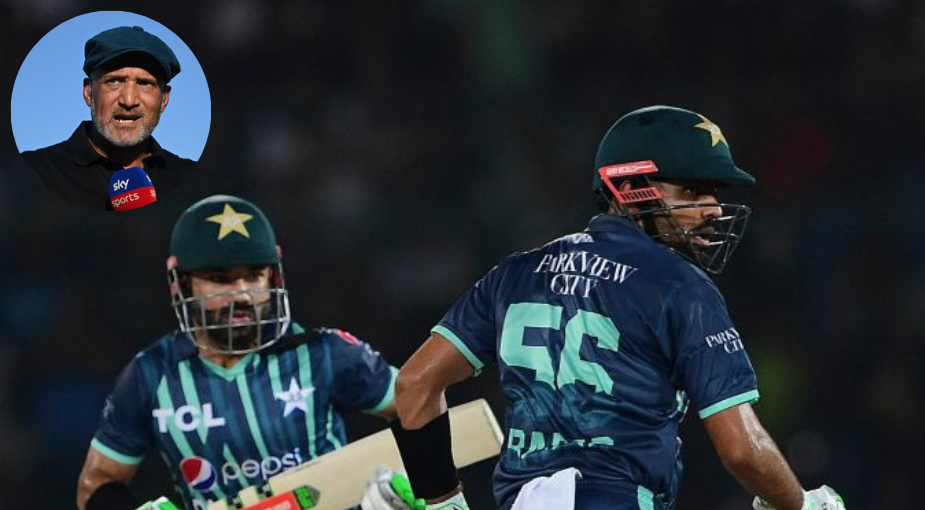 Babar and Rizwan, while being one of the most prolific opening pairings in T20I history, have faced plenty of criticism around their scoring rates. The issue compounds further with the lack of substantial support from batters that follow, and it’s especially against spin that the run rate takes a beating. Since the start of 2021, Pakistan batters’ scoring rate against spin stands at 7.06 (minimum 1,000 balls), ranked behind eight other T20I teams. England lead the pack with a run rate of 8.39 against spin.

In their six-wicket defeat to England in the opening T20I of the ongoing seven-match series, the Pakistan batters started off strongly, before their innings tailed off following the introduction of spin.

“I actually thought that they had… not remedied that, but at least come out with a little bit more intent this evening as a riposte to all of that criticism,” said Butcher. “When you’re scoring that many runs and it appears as though you’re doing your job very well, it’s kind of hard to take people having a go at you when nobody else can score a run. But I get it, and I got it this evening when they had got off to that terrific start, and I was on commentary at the time and I said, ‘The game begins when the slow bowlers come on’. Pakistan’s stats against spin compare very unfavourably with England’s in the same sort of period, and I was very interested to see what they did when that happened.

“And lo and behold, what they did was they looked for ones! ‘We’re going to paddle sweep, we’re going to knock it into a gap and maybe try and make two.’ The difference between that and the way they went after the new ball was quite stark. Having got off to such a terrific start – and again, I’m not blaming them for Pakistan’s low score – but if you’d put England in a similar position, those guys would have not allowed Adil Rashid and Moeen Ali to settle.”

On Tuesday, Rizwan and Babar stitched together yet another fifty-plus opening stand (their ninth overall), collecting 85 runs in 9.2 overs before Babar fell to Rashid. Rizwan continued his charge, posting his fourth half-century of 2022, but did not find a whole lot of support from the rest of his teammates. Barring Haider Ali and Iftikhar Ahmed, none of the other batters entered double digits. Having reached 85-1 in 10 overs, Pakistan managed 73 in the second half to finish on 158-7. Luke Wood and Rashid were the pick of the bowlers, sharing five wickets, at economy rates of 6.00 and 6.75 respectively.

“They’d [the openers] have just kept hammering at them [the spinners], and they might have lost a wicket or two,” Butcher added. “But they would have just kept going at them and kept hammering home the advantage that they gained in the early part. But what Pakistan did was they kind of invited Mo [Moeen] and Rash [Rashid] into the game by saying, we’re not going to try and hurt you, we’re not going to hit you. Then they get out, then the new batters come in who have not been performing particularly well, and the whole thing just hits a brick wall. I understand the criticism from both sides. If they don’t trust the guys behind them, then it’s difficult for them to go hell for leather. But then if they don’t keep going in terms of building their momentum and they allow the opposition back into the game, then they’re asking for trouble themselves as well.”

The inability to convert a good start into a big score seems to be becoming a pattern for Pakistan. Since the start of 2021, Babar and Rizwan have posted five century stands. Batting first, they have added a hundred twice, and fifty thrice more. Yet, Pakistan have crossed 200 just twice in 18 T20Is batting first. Butcher feels that the overdependence on the two T20I stalwarts at the top, combined with the lack of muscle down the order, “causes anxiety,” often leading to Pakistan posting fewer runs on the board than their bowlers would like.

“What they need to find is a couple of the guys like the South Africans have, your Stubbses and your Brevises,” Butcher noted, “that can come in and monster the game in the back-end in the last six or seven overs. Pakistan don’t have that. They’re not scary at the end of a batting innings in the way that a lot of teams are. And that gives bowling attacks encouragement and it also means that the batting line-up doesn’t have as many to chase second time around. No one seems to be able to agree on what the problem is.

“I think the elephant in the room is that they do not have a couple of guys who are terrifyingly muscular in terms of hitting who are going to turn 120 into 200 in the last five overs of a game. They don’t have it. And that causes a massive problem. It causes anxiety at the top. It causes anxiety in the middle.

“And it leaves your bowlers too much to do too many times, and they can’t always defend 150 for you.”

The second T20I will be played at the same venue on September 22. Here’s where you can follow the match live on TV and streaming platforms.