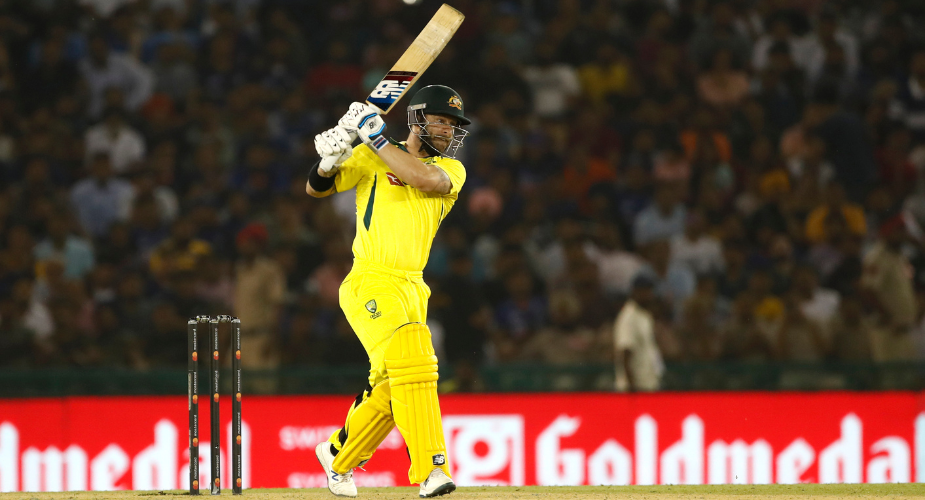 Finishing is arguably the toughest gig in T20I cricket. Few have embraced and aced that role as well as Matthew Wade has in the past year, writes Shashwat Kumar.

The final few overs of a T20 are a tricky thing to manage as a batter. Often it’s the games where you don’t create an impact that are remembered. Matches where you have single-handedly changed the tide of the game seem to be conveniently forgotten, with few milestones coming your way and those that laid the platform often claiming the plaudits. Thus, finishing off a batting innings is one of the more thankless jobs in limited-overs cricket.

Unsurprisingly, there have only been a few who have been able to master it completely. The great MS Dhoni comes to mind, considering the sheer number of times he held his nerve. AB de Villiers, too, once he started batting slightly lower down, relished this phase, as did Andre Russell and Kieron Pollard. Among these heavyweight names, you would not have thought that Wade would figure in this conversation, considering he has batted in the top order for much of his T20 career. The wicketkeeper, though, has done everything Australia have asked of him in this role over the past year, and as things stand, can even lay a claim to being the best finisher on the planet in international cricket.

The numbers behind Wade’s case are compelling. Since the start of 2021, he has faced 64 balls at the death in T20Is, and has scored 147 runs at a strike rate of 229.68. He has also been dismissed in this phase only twice, indicating how he has cashed in towards the end. What makes his rise even more remarkable is the way Wade has adapted to a role that seemed alien to him prior to the T20 World Cup last year.

In T20 cricket, Wade has batted in a variety of positions. Until recently, however, most of his work has come as an opener. Seventy-three out of 161 innings have come at the top of the order, with the wicketkeeper scoring 2,026 runs at a strike rate of 146.07. An average of 28.94 is not world-beating but the strike rate hints that he has been able to lay down an early marker. In T20Is too, he had enjoyed most of his success as an opener, striking at close to 145. Each of his three half-centuries in the format have also come at that slot.

Chances at the top of the order were at a premium for Wade, considering the embarrassment of riches Australia have. He could have easily sulked, thinking he was not being utilized optimally. Instead, he has added several strings to his bow and has become a fearsome death-overs enforcer. Since the start of the 2021 T20 World Cup, Wade has been brilliant for Australia as a finisher. He has scored 218 runs at a strike rate of 160.29 and an average of 109. The average might be inflated because of how many times he has remained unbeaten. The flip side to that argument is that Wade has got the job done more often than not. During this phase, he has seen Australia home in run-chases on four occasions.

The most recent of those was against India at Mohali. He walked into a perilous position, with Australia needing 64 off 35 balls. Tim David, on debut, was at the other end and had not got going. When four overs were left, the equation was even more skewed, with 55 runs required. Wade, though, did not flinch.

In the 17th over, Bhuvneshwar Kumar showed his hand early, setting a field to bowl slightly wide of off stump. Wade, for those unaware, has the scoop shot in his locker. On this occasion, he decided to give himself room and access the off-side. He thrived, registering two boundaries and bringing the equation down to 40 runs off three overs. An over later, he tore into Harshal Patel. Wade did not do anything out of the ordinary. He just waited in his crease, allowed Harshal to make mistakes and then capitalised. In the 19th over, the wicketkeeper put the result beyond doubt with a couple of pull strokes.

So, in the space of three overs, he had illustrated the vast range of strokes he possessed. The more important element, though, was that he remained calm and transferred the pressure onto the bowlers – a quality that separates the good finishers from the best. This is not the first time he has done it either.

At last year’s T20 World Cup, he took down Shaheen Shah Afridi and won Australia a semi-final they had no business winning. During that encounter, he unfurled his entire repertoire of strokes, launching the ball over long on, whipping it over square leg and lapping it over fine leg.

A blot on Wade’s recent record is his poor campaign in the 2022 IPL, averaging 15.70 with a strike rate below 115. However, all his innings for Gujarat Titans came in the top three, suggesting that it’s down the order where Wade is best suited.

All of this points towards only one outcome – that Wade is one of the finest finishers in T20I cricket. Because of the role he plays, there will be several occasions when he will not be needed. There will also be instances where the one six that he does not hit will be held onto forever rather than the sixes that he did hit. That is part and parcel of being a finisher.

Most top-quality teams, though, need a finisher of Wade’s ilk, just to ensure that they don’t undo the good work they have done elsewhere. With Wade, Australia also know they have someone who can bend matches to his team’s liking. For much of his T20 career, the wicketkeeper might not have felt this is where he would provide most value for Australia. But he has worked incredibly hard and changed his game to suit his team’s needs. Hence, it is not surprising that he has aced the hardest job in cricket to perfection over the past year. On the current evidence, you feel it will continue for a considerable stretch too.